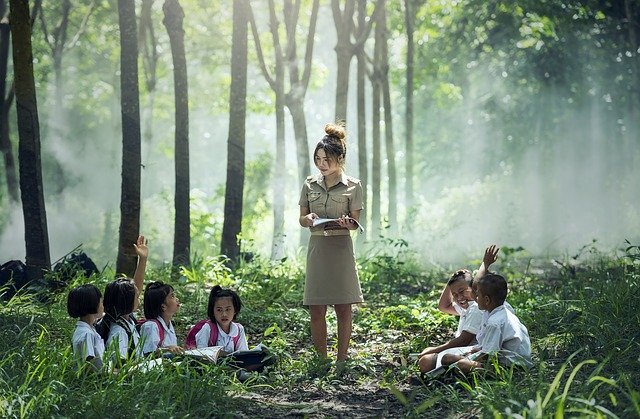 If I had a teacher like you, I don’t think I would be here.

Why do you say that?

I will never forget these words, spoken to me by an 18-year-old Black student in a correctional facility. I became a teacher because I wanted students to see themselves in me. I wanted to represent them and echo their voices when they weren’t being heard. I was there to help him get his GED. Unfortunately, Shawn* had years before he would have the opportunity to put it to use.

Imagine an 18-year-old student telling you that if he just had someone who genuinely celebrated his Blackness and cared about him, he thinks his life could have been different. Shawn had been treated like a prisoner before he was ever in jail—he was a threat before he ever committed a crime.

Black and Brown people are seen as threats in our country. Every day, Black and Brown mothers worry if their sons will make it home and if their husbands are safe at their jobs. We live in a country that has repeatedly told us that we don’t matter. In every sector of the political system, there is injustice towards Black people. These systems weren’t created to include us. And education is one of these systems.

I’ve worked in countless schools that had a majority of White female staff and a majority of Black and Brown students. These schools typically had security resources officers or police officers present in the building. Our education leaders have said that they’re against the school to prison pipeline, and yet we’ve continued to enact the same measures in our schools as we’ve done in our prisons, with officers trained to restrain and to arrest.  How and where do we then begin to dismantle this system?

We Have to Stop Acting Like Schools Are Prisons

Change must begin in our schools. Imagine being a 15-year-old Black student who has just spent this past week protesting the lives lost due to police brutality, because of the color of their skin. Now, imagine the start of next year, when you see your school police officer. How would you feel? Would you feel safe? I wouldn’t, I wouldn’t feel that this police officer was there to protect and serve me, because that’s not what this past week has shown me. So what do we do?

In order to dismantle a system, we have to stop acting like schools are prisons. We have to change the narrative that’s been written for our Black and Brown children. We have to take care of their social, emotional, and mental health and take the first step of many steps in ensuring that our schools will never be a breeding ground for prisons.

Let’s remove police from all schools and replace them with more counselors and behavior interventionists. In my own city of Denver, statistics show that Black students, who make up 13% of students in the city, are far more likely than White students to be suspended, expelled, handcuffed or referred to law enforcement. What message are we sending to our Black and Brown students whose schools have a police presence?

The message is the same that I hear all the time as an educator. “They don’t like us. They don’t care about us here.” Just let that sink in.

We need to focus on dismantling systemic racism by evaluating who is being suspended in our school, how frequently and questioning if it’s effective. According to a report by the ACLU, students who experience out-of-school suspensions are more likely to drop out and to be arrested. Of all the out-of-school suspensions in 2015-2016, only 3% involved any weapons. This means that 97% of students lost eight hours or more of academic time due to non-lethal actions.

When I think back to Shawn, I imagine what his future could have held if systemic barriers didn’t define his narrative. So I ask, are we going to continue the school-to-prison pipeline or are we going to interrupt it?

Following the death of George Floyd, Minneapolis Public Schools announced that it is cutting ties with the city’s police department. I challenge us to do the same. Every student deserves a place to feel safe and right now the world is telling us, this safety does not exist for our Black and Brown students. Let’s stand up for justice and take police officers out of our schools.

* Name has been changed to protect the student’s identity.