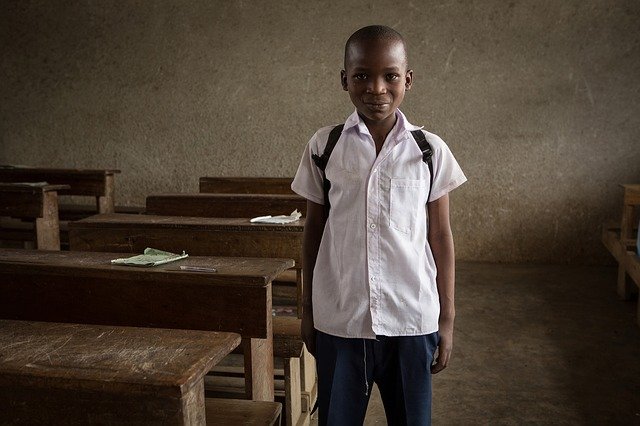 My kids are upstairs pretending to learn. My wife and I know they aren’t engaged. Their teachers range from earnest to weird. The most challenging parts of their curriculum also seem to be the parts where they get the least direct instruction (and where we, as parents, feel the least energetic about teaching).

And, with that as my backdrop, I so damn tired of seeing headlines about the remote learning “disaster” and the resulting stress parents face.

Times are difficult for children and families, especially those already at the margins, or those with exceptional needs. Got it. Tell us something we don’t know.

We need resources, answers, fellowship, support, research, self-advocacy, additional learning opportunities and encouragement. No, not happy talk, but brass tacks and a wall to pin them on.

Which is why I get life from stories like this one from Tina Rosenberg (co-founder of Solutions Journalism Network) about two programs that highlight a way of helping parents and students stand their tallest during a tough time.

The first program, Philadelphia-based Springboard Collaborative, prepares and supports parents to be literacy warriors for their children. This is important because experts worry students who are losing classroom instruction will fall behind in reading, and that will affect other areas of their learning.

Whereas educational paternalism has too often attempted to educate children in spite of their parents, Springboard starts with the child’s first teacher as the most key ally.

The second program couldn’t be farther from Philly, but it may be more compelling because of the challenge it addresses. Young 1ove in Botswana, Africa, as you will see from this blurb below, examples exactly the ingenuity we need to address the toughest social and educational problems.

In Botswana, on March 18, the government announced it was closing schools. Over the next 72 hours, an organization called Young 1ove (that’s “love” with a numeral 1 instead of a letter “l,” as in “one love”) that works with the Ministry of Basic Education scrambled to collect phone numbers from students in third, fourth and fifth grades all over the country. Young 1ove’s staff ended up with 7,550 phone numbers—and no plan for what to do with them.

They knew that whatever they did would use phones. The vast majority of Botswanans have no access to the internet, no computer, no smartphone. But most households do have basic mobile phones.

Kids could get classes on Botswana TV and radio while at home. But many students quickly gave them up or never started. “They think the teachers are too fast for them,” said Marea Bathuleng, whose children are 9 and 10.

Seeing their children struggle was a shock for many parents. “Parents didn’t really know the progress of the student,” said Ms. Tlhalerwa. “But when they realized the student couldn’t do addition, they became hands-on.”

The program’s biggest challenge is that cell coverage in rural areas is spotty or nonexistent. Edith Morena, a facilitator, said that another issue was parental patience. “They scold the students if they can’t get what they were supposed to do. Many said they can’t watch the students struggle with something as easy as adding problems.”

“A third of the students in grade five can’t do subtraction,” said Noam Angrist, an American who co-founded Young 1ove along with Moitshepi Matsheng, who leads the government’s National Youth Council. “And that was before schools closed. Now they’re learning almost nothing. They could be losing learning. A small intervention makes a big difference.”

Mr. Angrist, Ms. Matsheng and other researchers found that after four weeks, participants substantially improved their math skills—the group that could do no math at all was cut in half. At that point, Young 1ove began sending students problems keyed to their level, so further gains could be larger.

“Schools everywhere talk about remote education on the internet and Zoom, but didn’t have the mindset that it could actually be done through SMS and phone calls,” Ms. Tlhalerwa said, referring to text messages. “This is very cheap, and we can reach out to everyone, even in remote areas. As much as the pandemic has brought a lot of negativity, it also brought something new.”

I often wonder why the global poverty-fighting community find so many novel ways to educate children in the poorest countries, while here in America, where obesity reigns supreme, we can’t seem to get our pants on each morning.

On a final note, as headline writers dramatize and politicize the remote learning challenges non-white poor kids are facing, and they insinuate we are virtually hopeless until government schools reopen, there are some culturally-affirming, FUBU-styled innovations on the horizon.

The most promising I’ve seen so far is Recontruction.us, an “unapologetically Black” platform that offers African-American families a “personal, world-class education at home.”

In a world where headlines tell we’re doomed until government saves us, I prefer to listen to Rosenberg, Springboard, Young 1ove and Reconstruction. It’s not that I underestimate the magnitude of our challenges. Obviously, the abrupt curtailing of government schooling is letting us down. We’re swamped as parents.