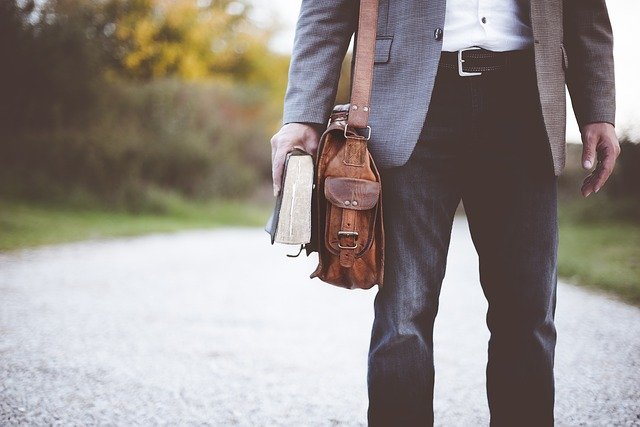 As reviewed by Andy Smarick

In the Trump era, it’s clear that much of the American right has lost track of the governing principles that once animated it. The president’s and some conservatives’ embrace of tariffs, industrial planning, “I-alone-can-fix-it” centralization, and imprudent language show that foundational beliefs related to free markets, limited government, decentralized authority, and stolid temperament simply don’t shape the thinking of leaders on the right as they once did—or as I believe they should.

Trump didn’t cause this problem. He just revealed it. By the time of his campaign, the right had spent down the intellectual capital it had built up during the heyday of conservative thinking from the 1950s through the 1980s. In recent years, few fresh approaches for applying venerable conservative tenets to contemporary social-political life have emerged. Rather, conservatives have lazily applied old interventions to new situations, as though particular policies were synonymous with conservatism. Instead of reasoning from conservative principles, activists and policymakers on the right have behaved as though these policies served as proxies for conservative thought. No matter the issue being addressed, conservatives reflexively proposed cutting taxes, eliminating cabinet agencies, scaling back regulations, and so on.

This phenomenon is manifest in the right’s approach to K–12 policy. We wrung every drop out of school choice and accountability, applying them vigorously and often indiscriminately for a couple decades. We dedicated little thought to conservatism’s first principles, neglecting to explore how concepts like pluralism, localism, incrementalism, tradition, and virtue could energize a new agenda.

As a result, conservatism has come across as exhausted and out-of-touch. It has offered little that is new, and too few ideas that are responsive to contemporary society. Conservatism has also become easy to caricature as a set of stodgy proposals instead of a robust, principled, flexible approach to governing.

Matt Grossman, a political scientist at Michigan State University, puts all of these failings on display in his serious, solid new book Red State Blues: How the Conservative Revolution Stalled in the States. Grossman uses an array of analyses to make the case that the Republican Party’s dominance at the state level in recent years has fallen short in producing new policy and social outcomes.

Grossman begins by detailing the truly remarkable ascendance of the GOP since 1990: capturing over a thousand state legislative seats and two dozen governorships, taking full control of the political branches in as many states. Governing Republicans have grown more conservative while maintaining their control of elected branches. Nevertheless, the author concludes, Republicans haven’t succeeded in reducing the size and scope of government, reversing liberal policies, or enacting a broad conservative agenda. And their longer-range influence on social and economic life has been limited. Grossman does find, however, that Republican states have slowed liberal policy gains.

Part of the explanation for this lack of success is that, worldwide, governments grow over time—a phenomenon the author refers to as “Leviathan’s Resilience”—for a number of reasons: modernization creates new social problems that invite government action, wars ratchet up state power, bureaucracies have insatiable appetites, and economic growth produces new taxable products and services. Moreover, policy seems to move generally leftward over time, so conservatives are constantly swimming against the current. The GOP may have made small advances on restraining abortion, protecting gun rights, and enacting some tax- and tort-reform policies, but on the whole, liberal progress continues. In cases where the GOP moves from no control to full control of state governments, Republicans have been able to check liberal policymaking. But the basic characteristics of states, such as their partisan and ideological leanings, seem to have substantially more influence than the party in power at the state capital, further inhibiting the policy influence of the Republican Party’s electoral success.

As examples of conservatism’s underwhelming influence, Grossman cites the successful teacher protests of 2018 that led to significant increases in school spending. Similarly, he finds that, from 2012 to 2017, states collectively increased early-childhood funding by nearly 50 percent. Grossman also cites a package of proposals advocated by the right-leaning American Legislative Exchange Council. Though the ideas caught steam with conservative leaders, many of these policies—such as teacher-evaluation reform and charter schools—also commanded the support of left-leaning philanthropists and the Obama administration. So  while school-choice programs might have expanded during this era, education overall appears to track the larger trend Grossman identifies:
that the GOP hasn’t substantially driven policy rightward.

The book’s great strength lies in its creative efforts to prove this thesis. Grossman marshals substantial bodies of research and assembles new sources, including interviews with statehouse reporters. He presents graphs of state spending; analyses of state statutes in terms of their conservative or liberal orientation; evaluations of partial and total partisan control of elected branches; and reviews of the effects of extended partisan control and lasting changes in public opinion.

All of this proves convincing, if you accept the book’s understanding of what constitutes conservatism.

Conservatism, however, is not a collection of policies; it is an interrelated set of dispositions and beliefs. For instance, conservatism does not mandate across-the-board cuts in government; rather, it supports the view that centralized, government-controlled decision making overestimates the merits of technocracy, undermines community pluralism and individual agency, and thwarts civil-society activity. It does not dictate a slate of policies on abortion, marriage, prostitution, and drug use; rather, it embraces the view, arising from empirical experience, that stable communities require stable families. That perspective, in turn, prompts conservatives to attach moral opprobrium to certain behaviors and moral sanction to others.

For example, it is not necessarily the case, as the book implies, that smaller government is always consistent with conservatism. The concept of “subsidiarity”—found in Catholic social teaching and widely embraced on the right—seeks to distribute authority and assign responsibility across individuals, families, community-based groups, and different levels of government. This idea could support more state-government activity in certain domains if it meant reduced federal activity or if that state-level activity was designed to catalyze local-government or civil-society action. Likewise, conservatives who prioritize family formation and social stability regularly support the active use of state-level “police powers” to protect the safety, morals, and health of communities. Some conservatives today advocate for increased infrastructure spending and subsidies to support manufacturing as ways of strengthening struggling communities and families.

Reducing principles into policies can cloud our understanding by creating false positives and negatives—identifying some things as conservative that are not entirely so and failing to identify as conservative some that arguably are. Labeling charters and private-school choice as “conservative” masks the deeply conservative reasons to oppose them—for instance, that they undermine both a sense of community cohesion and the authority of local school boards, which are arguably the embodiment of longstanding, small-scale mediating institutions. Similarly, one could view a position of support for the teacher protests as the proper conservative response: conservatism generally respects the autonomy and wisdom of local practitioners, which can act as a bulwark against centralization and technocratic grand plans. Indeed, many conservative state legislators oppose the expansion of school choice and loyally support their local school districts and educators.

Likewise, numerous conservative actions at the state level might not be recognized as such. For example, subtle resistance to the No Child Left Behind Act and Race to the Top reflects skepticism of Washington’s ostensibly expert opinions. Opposing or proceeding with caution on such policies as Common Core, standardized assessments, test-based evaluations of teachers, and novel policies on discipline and online learning reflect conservatism’s bent for incrementalism and the tried and true.

The book makes several passing references to the ability of conservatives to slow progressive advancements, but these instances are generally framed as the right’s eking out a minor moral victory in a larger loss: that is, the best the right can hope for is to stem the tide of progressivism. Similarly, in Grossman’s interviews with journalists he finds that GOP leaders give the impression of doing less than Democratic leaders. Republican leaders don’t move quickly or introduce as many new proposals; they allow other states to go first, and they don’t seek big changes. Democrats advocate for more new programs and have bigger across-the-board agendas.

But this assessment is music to a true conservative’s ears. Conservatives don’t aim to mechanically defend the status quo. As Edmund Burke wrote, “A State without the means of some change is without the means of its conservation.” What conservatives generally oppose is swift, centralized, uniform, pseudo-scientific change—change conjured up in theory and not supported by custom, longstanding institutions, or natural rights. Conservatives champion change that is organic, deliberate, pressure-tested, and consistent with an understanding of human nature based on experience. As such, conservatives understand that traditions can evolve, that markets can disrupt, that technology will advance, and that sensibilities will change. For the conservative, the process of change is essential. That the right has been a stabilizing, moderating force in an era of profound social, cultural, and economic change is not a bug of conservatism to be regretted; it is a feature to be celebrated. In a beautiful paragraph in the book’s final pages, Grossman acknowledges that conservatism is built on an appreciation of tradition, existing arrangements, voluntary action, and decentralizing devices as well as skepticism about swift, certain change. I wish that understanding had been woven throughout the book’s analysis. In my view, conservatism has played a larger role in state-level governing than the book argues.

Conservatives  deserve a good bit of the blame for the reduction of principles into policy, especially when it comes to education. The conservative agenda has been so static and so stale for so long that a reasonable observer could conclude that a certain collection of proposals is synonymous with the philosophy.

Since I began cutting my teeth in right-of-center education circles more than 20 years ago, conservatives have been pushing the same set of policies: new schooling options for kids, stringent rating systems for schools and districts, stronger content standards and tests, accountability for educators and their professional training programs. Not that there’s anything wrong with these policies—just as there’s nothing wrong with DVDs, flip phones, and iPods.

Conservatives need to stop skating by on old ideas and old proposals. The path to rejuvenation starts with a return to conservative principles. We need to reacquaint ourselves with the fundamentals—tradition, localism, liberty, community, markets, civil society, prudence. Then we need to identify the biggest challenges of the day—major changes in social and economic life; too much alienation and polarization; too little opportunity, upward mobility, and civic virtue. Then we need to bring them together, showing how timeless principles can inform the response to contemporary matters.

Red State Blues is a valuable contribution to our  understanding of state-level politics and policy in recent decades. I would have preferred a greater emphasis on exploring the nature of conservatism and the variety of ways it can manifest itself in state action. Unfortunately, modern social science seems to abjure such discussion in favor of phenomena that can be named, quantified, measured, and analyzed empirically—hence the book’s focus on specific policies instead of the principles that underlie them.

I wish I had a similar explanation for why conservative governing officials and thought leaders have taken the same limited approach for the last generation.

Andy Smarick is the director of civil society, education, and work at the R Street Institute. Formerly, he served as deputy commissioner of education in New Jersey and as president of the Maryland state board of education.