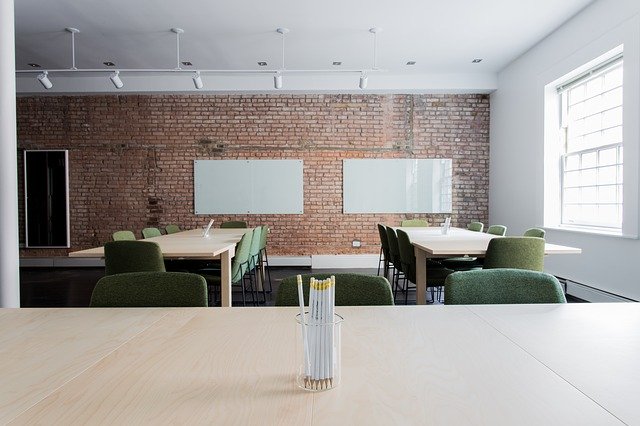 As reviewed by Ian Lindquist

Education of the young presents the most important public policy challenge that any polity faces. This is not to say it is the most pressing—that designation would belong to the task of national defense, without which education could not occur. But if a polity wishes to last more than one generation, it must give considerable thought and attention to the way it forms its young people—to the skills, the knowledge, and, most importantly, the kind of character that children will need later, when they grow up and inherit the task of governance.

Education in this sense is not limited to the classroom. It occurs throughout society and at every level of a child’s experience, encompassing manners and morals taught in families and neighborhoods and communicated both explicitly and implicitly; values learned through participation in groups and organizations, from churches to fraternities and sororities to sports leagues; as well as education in the narrow sense of formal instruction and “classroom learning.” Political stability requires attention to how a society shapes its young people. When corruption or degeneration reigns in political life, it’s a safe bet that the task of forming the young has been neglected for some time.

Harvard historian James Hankins tells the story of one such age in his wide-ranging and magisterial Virtue Politics: Soulcraft and Statecraft in Renaissance Italy. The Renaissance humanists set out first to rectify the political disorder surrounding them in Italy. Quickly, however, the humanists learned that political rejuvenation would require educational rejuvenation. Because political life in the 13th and 14th centuries suffered from tyranny and corruption, the humanists believed that rectifying political life required the teaching of classical virtue, which would be passed on to the young—and, crucially, to those who would hold positions of political power—through a new educational program dubbed the studia humanitatis, or humane studies.

The scope of this task was wildly ambitious. The humanists sought to overturn the education offered by the scholastics of the High Middle Ages, which, in the humanists’ view, focused inordinately on technical legal education and a host of specialties that crowded out the traditional liberal arts. In politics and education, the humanists sought to do away with the scholastic focus on law, insisting that legitimacy of rule derived from “true nobility”—that is, virtuous character—rather than laws. The letter of the law is only as good as the character of those who enforce it and so the humanists placed education on a foundation of character formation.

To cast off the prevailing manner of education, the humanists looked to the age of ancient Rome and Greece. Not only was it the time when Italy’s greatness reached its height, but it was also an era when men practiced classical virtue. Access to classical virtue had been lost in the period between Rome’s decline and fall and the 14th century. The humanists set out to make Italy great again by emphasizing the practice of classical virtue and especially the reform of the character of those who governed. This shift required not simply a new manner of  education—classroom learning—but also a new institutio or, as Hankins puts it, “a fundamental reconstruction of the forms of culture used to educate and form its citizens.”

Hankins names this ambitious humanist project “virtue politics,” because it heavily emphasized political reform through what we would today call character education. Virtue politics, he writes, “focuses on improving the character and wisdom of the ruling class with a view to bringing about a happy and flourishing commonwealth.” This may seem like a reasonable enough goal, but in fact it constituted a radical approach to political reform: “The humanists saw politics, fundamentally, as soulcraft. Their overriding goal was to uproot tyranny from the soul of the ruler, whether the ruler was one, few, or many, and to inspire citizens to serve the republic.” Tyranny would not end unless the souls of rulers were rightly ordered. 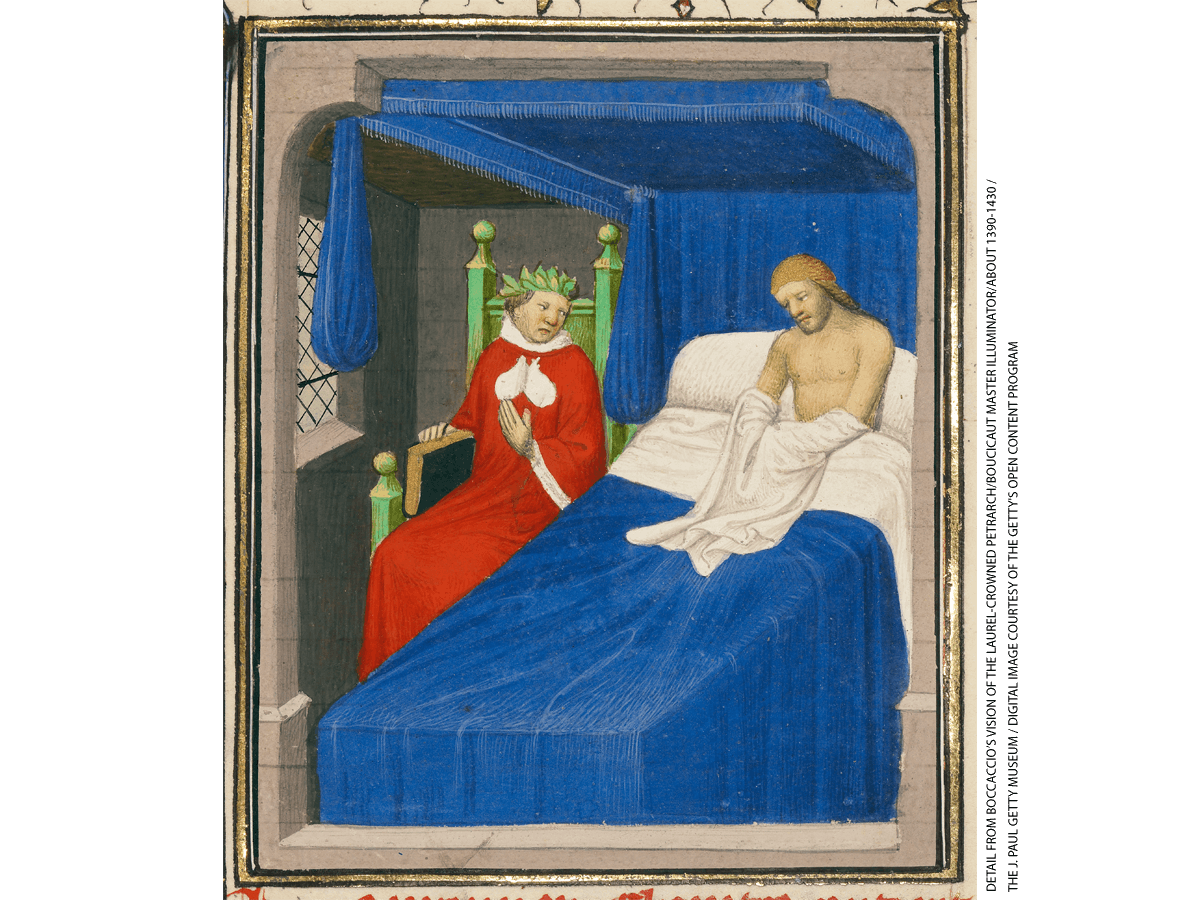 A depiction of Petrarch, with a crown of laurels, appearing to Boccaccio in a vision.

The ambition of Virtue Politics doesn’t quite match that of the Renaissance humanists’ efforts to reform education and politics in Europe, but it doesn’t lag far behind. Hankins tries to interpret the entirety of the Renaissance. He does so by bringing an encyclopedic knowledge of Renaissance humanism to the table, and he includes both discussions of comparative literature and chapters on individual Renaissance writers, many of whom are not studied today except by specialists. The Renaissance and its treasures have much to teach.

Most important, they can teach us a lot about education. Renaissance education reform is in many respects the ancestor of a current education-reform movement in American that has been growing since the early 1980s. Like the Renaissance reformers, classical educators today introduce their students to classical virtue and classical authors. While there are internecine arguments about the ultimate grounds for and goal of classical education, practitioners by and large agree that liberal education—that is, an education based on broad reading and intellectual study that instills moral and intellectual virtue—is the right education in that it allows human beings the best opportunity to flourish. Today’s classical educators do not view their approach as an exercise in antiquarianism but rather as necessary for a life fully lived.

Similarly, Hankins does not view the Renaissance humanists as archaic museum pieces but as thinkers and political actors from whom today’s political and education reformers can learn. Three things stand out that bear consideration.

First, legal and policy fixes alone cannot achieve healthy political life. A polity’s health depends on its ability to cultivate virtue in the young, which is the true task of education. Education involves the formation of character—the ability to live a good life—and character is cultivated through the study of moral philosophy and history—“precept and example.”

Second, the formation of character includes and thrives on examples of virtue from the past. Especially in politically corrupt times, it is important to turn the gaze of the young toward examples of virtue. To those frustrated by the examples set by politicians today, the humanists would recommend putting a copy of Plutarch’s Lives in front of students and asking them to debate and discuss who is the most virtuous Greek or Roman. The past offers a treasury that helps to spur the young to excellent character. An education that neglects to bring students into communication with these riches is shrinking, rather than expanding, their worlds.

Hankins is not optimistic that contemporary American society and culture will experience a return to the ideals of Renaissance humanism, and its commitment to character education, any time soon. But as his history teaches, a commitment to the formation of character often finds itself the odd man out in any given age. Even for the humanists, character education amounted to a counterweight to the excesses prevalent in souls and states in their age. That counterweight was provided partly through historical study and the attempt to breathe new life into texts and ideals, not for the sake of mere antiquarian interest, but rather to solve the challenges of the day.

If a greater focus on character education based on classical virtue does come about in our own time, it’s reasonable to think that this shift will take its bearings and example from the past. Hankins’s history of the Renaissance humanists offers a useful starting place for discovering what that kind of cultural rejuvenation might look like.

Ian Lindquist is a fellow at the Ethics and Public Policy Center in Washington, D.C.