A growing number of colleges and universities—including state systems of higher education such as the University of California and Indiana University—are weighing the role of standardized-test scores in the admissions process, typically citing concerns that the tests disadvantage low-income students and students of color and that the scores add little beyond high-school grades to predict a student’s ability to succeed in college.

Since 1969, when Bowdoin College announced that the SAT and ACT would be optional for applicants, dozens of selective liberal-arts colleges have followed suit. While the test-optional movement began in in that sector, over the past five to ten years it has expanded to highly selective private universities such as the University of Chicago and George Washington University, and to public universities such as Temple and the University of Delaware (for in-state residents only). The test-optional movement has also extended to graduate education, with a growing number of programs eliminating the GRE requirement for applicants and nearly 40 law schools allowing applicants to submit GRE scores in place of the traditional LSAT.

The National Center for Fair and Open Testing reports that more than 1,000 institutions have made test scores optional for undergraduate applicants or have de-emphasized the use of standardized-test scores in the admissions process. Among them are 370 colleges and universities that receive top rankings from U.S. News & World Report in their respective categories. The question is, do test-optional policies do what they are intended to do—increase racial and income diversity on campus? 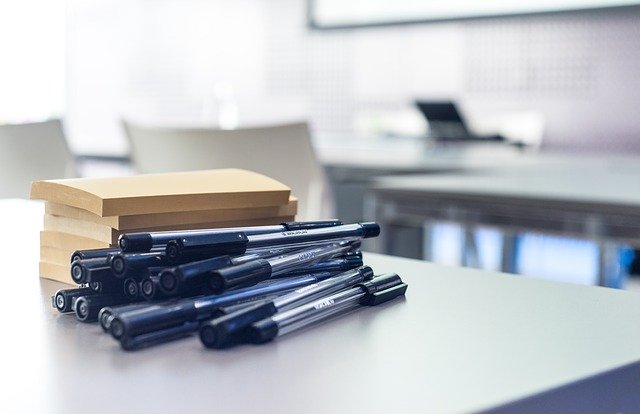 Generally speaking, selective admissions offices across the United States use college-entrance-exam scores as one factor among many in evaluating applicants. When an institution goes test optional, this usually means that applicants are welcome to send their test scores if they so choose, but they are not required to. When students elect not to send their scores, admissions professionals rely on other criteria, such as grades, personal essays, and extracurricular activities, to make their decisions. Some institutions offer “test-flexible” admissions, still requiring students to submit a standardized-test score but allowing them to choose an SAT subject test or another assessment in place of the SAT or ACT.

A 2015 study by Andrew Belasco, Kelly Rosinger, and James Hearn examined test-optional admissions among selective liberal-arts colleges and found that these initiatives did not expand enrollment among recipients of the federal Pell grant, which is directed toward low-income students, or among black, Latinx, or Native American students. The study did find that the policies helped the colleges themselves by increasing the number of applications and the average standardized-test scores of those who submitted them, both of which boost an institution’s perceived selectivity. A study by Kyle Sweitzer and colleagues, included in the 2018 volume Measuring Success (co-edited by Jack Buckley, our companion essayist in this forum) also examined the effects of test-optional policies at selective liberal-arts colleges and reported similar results. More recently, a 2019 study by Matt Saboe and Sabrina Terrizzi failed to find effects of SAT-optional policies on measures of student quality, selectivity, or institutional diversity.

These studies, however, either focused on private, highly selective liberal-arts colleges; analyzed a short span of years, which restricted the outcomes that could be measured; or compared the test-optional institutions to all four-year institutions in the United States (a problematic comparison from which to draw conclusions). The body of prior research therefore makes it difficult to hypothesize about what would occur if large public-university systems such as the University of California system adopted test-optional policies. Private, highly selective liberal-arts colleges from which the test-optional movement emerged differ from more recent adopters that tend to be larger, more research-focused institutions and even some selective public universities.

A 2019 study by Christopher Bennett,* presented at the annual meeting of the American Educational Research Association, looked at the effects of test-optional policies on campus diversity at private institutions, and his findings diverged from those of previous investigations. Bennett examined more recent adopters of test-optional policies, comparing them to several groups of peer institutions with similar characteristics. The study found that implementing these policies increased the enrollment of black, Latinx, Native American, and, to a lesser extent, Pell-grant students. Because this research focused on the most recent test-optional adopters—which include a wider range of institution types—we might expect similar effects to occur at public institutions.

But are there alternatives to test-optional admissions that could expand access? One strategy several states have employed is requiring high-school students to take one of the college-entrance exams, potentially increasing the likelihood that they will pursue college studies. As of 2017, 11 states had adopted policies requiring all high-school juniors to take the SAT or the ACT, and they also pay for the students’ testing fees. Recent studies by Joshua Hyman and by Michael Hurwitz and colleagues indicate that these policies boost college enrollment by 0.5 to 3 percentage points. While required testing appears to induce low-income students to enroll at an increased rate, there is little evidence that the policy has a particular effect for black, Latinx, or Native American students. Therefore, while mandatory college-entrance exams might have some salutary effect, we are not confident this policy can close both economic and racial gaps in enrollment at selective institutions. Additionally, given the troubling and persistent racial and economic gaps in standardized-test scores, we worry that these policies will not do enough to level the playing field and expand access among underserved students.

In light of recent evidence that test-optional policies at some institutions appear to have expanded campus diversity, we think there could be benefits for students if public institutions elected to adopt such a policy. However, test scores are not the only source of bias in the selective admissions process. Race and class inequalities are baked into many of the metrics that selective colleges use to evaluate applicants. For instance, there are decades of research demonstrating that low-income students and students of color have less access to the advanced high-school coursework that selective colleges view as a measure of a rigorous curriculum. While selective colleges try to evaluate applicants in the context of their individual high schools and communities—that is, taking into account whether students took advantage of the most difficult coursework available to them—other common metrics used to evaluate students may also reflect racial and class privilege.

Factors that vary by race and class can influence the perceived quality of a student’s credentials. Affluent families can afford to hire admissions consultants to prep their children for the college interview or to critique their personal essays. Similarly, underserved students may not have the same opportunity to participate in extracurricular activities as more advantaged peers, potentially because certain pursuits are not available or because they have outside responsibilities, such as having to earn money to support their families. Perhaps this is why a study by Kelly Rosinger and colleagues found that consideration of extracurricular activities during the admissions process did not move the needle substantially when it came to expanding access to selective colleges.

Other barriers stand in the way of low-income students and students of color gaining access. For instance, studies show selective colleges tend to recruit from high schools whose students are largely white and well-to-do. Less-advantaged students also lack the means to pay for college, may not have help navigating the admissions process, and may wonder if they will develop a sense of belonging on an “elite” campus. Without a comprehensive approach to recruiting, admitting, enrolling, and supporting underserved students on the way to and through college, higher education will fail to serve not only these students, but also the entire country.

It is tempting to view test-optional policies as a silver bullet that can expand access to selective colleges for all qualified students, regardless of race or class, but large systemic issues rarely have simple solutions. To a limited extent, such policies may contribute to racial and socioeconomic diversity on college campuses, but until the higher-education sector addresses the many other hurdles that block the way, access to and success in college will continue to elude many of the country’s qualified young people.

This is part of the forum, “Should State Universities Downplay the SAT?” For an alternate take, see “Standardized Tests Can Serve as a Neutral Yardstick,” by Jack Buckley.