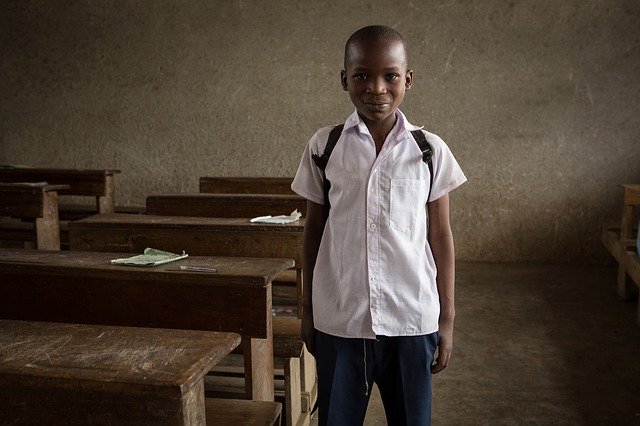 Early in the school year, after our daily Pledge of Allegiance, my fifth grader, Cassandra, asked, “Why are people mad when Colin Kaepernick kneels during the national anthem?”

It was a thoughtful question, one that required a complex response. I paused. I knew Kaepernick’s platform, as well as opposing perspectives, would have to be clarified and explored. Such exploration could be done only through the lens of equity.

In education and society, equity is the measure of inclusion, achievement, fairness and opportunity for all citizens. Without true equity, societies become socially and economically unbalanced. Schools fail, because they fail the children and families they serve.

So how do teachers ensure that equity lives within their schools and classrooms? We must be honest about the realities of institutional bias, and embrace discourse within our classrooms and schools that critique and question the systems and structures of power.

Each morning in my inter-district, public magnet school, we stand and recite the Pledge of Allegiance. Typically a routine act repeated daily in U. S. public schools, many of us often pledge with the rote fluidity of a long-held pattern.

“Why are people mad when Colin Kaepernick kneels during the national anthem?” Cassandra understood that Kaepernick knelt before NFL games to protest the unjust and often brutal treatment of people of color at the hands of police.  But, she was certain, “no one could be mad about speaking up for people who have been hurt or killed.” So, why, she reasoned, were some people so angry at him?

“That’s a thoughtful question,” I replied.

The energy in the room surged. We could talk about this? As we began to explore Kaepernick’s vision, his purpose for kneeling and his resilience in the face of vitriol, more questions emerged:

The conversation continued as the topic of our Morning Meeting each day. We studied the First Amendment (specifically, the Freedoms of Speech, Assembly and Peaceful Protest). Its intent: To protect the rights of the American people. We examined the Pledge as a means to honor soldiers, our history and ourselves. We thought about ideas related to the limits of freedom. We explored historic U.S. protests, from the Boston Tea Party to the determined fists of Black male Olympians to Black Lives Matter. We learned about Kim Jong Un, who denies human beings the right to speak up against injustice.

Inevitably, the question arose: “Can we kneel during the Pledge of Allegiance? Can we do what Kaepernick does to protest injustice?” Mixed with the rush of enthusiasm was reticence and confusion. Could we? Some students asked, “What if I’m not comfortable not pledging?” We discussed the importance of respecting the rights and opinions of our fellow citizens, and ourselves. Students were encouraged to extend their conversation to their grown-ups at home, and share new ideas each day.

To practice equity (as well as the First Amendment), we embraced our classroom as a safe space. We acknowledged that what we chose in our secure setting might not be what we would choose to do, as children, in the real world.

Ultimately, it became clear that each of us would have to make our own decision to stand or kneel. United in our conviction to support individual choice, we agreed to abide by each decision, even if we disagreed. We could also change our minds. Students wrote about the process privately, and many shared their reasons with the class. Each explanation was honored as an example of sincere reflection on what it means to be free.

My students learned to make an informed, individual choice each morning as the Pledge of Allegiance began. Some stood, hands over their hearts. Others knelt, heads bowed or fists high. As their teacher and model, I represented all of the choices within our learning community. Sometimes I knelt, fist raised or head bowed. Or, I stood, hand over my heart.

Public school students must be inspired toward justice from a young age. John Dewey saw education as the process of instilling in students a fundamental, intellectual and emotional disposition towards their fellow man. What if, as Dewey envisioned, public schools existed as a microcosm of our democratic society as it should be? What if students lived the ideals of the Constitution—and, therefore, equity—each day?

Young people know what is fair. Justice is close to their hearts. Teachers must provide ongoing, safe opportunities to contemplate and act through the lens of our democratic ideal. There is no greater time than now to prepare students to become leaders in their classrooms, schools and society.

My role as a teacher is to guide my students to grow into educated citizens, capable of honoring liberty as a collective ideal and a reality necessary for all human beings to thrive. As a community, we learned that we all have the right to protest injustice and demand equity. We were united in our belief that we had the right to choose to stand or to kneel. For all people, that right is equity, defined and lived through the lens of the First Amendment.

Inspired by Cassandra’s important question, we learned that it is a powerful thing to have the freedom to choose—and to live our truth in freedom.