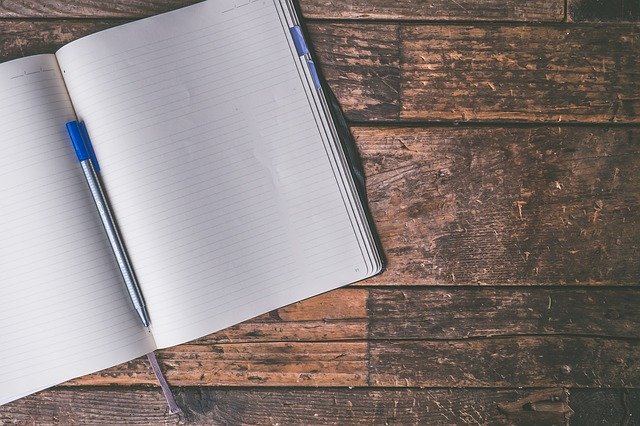 The Saturday June 13 print New York Times carries an interview of Senator Kamala Harris, Democrat of California, conducted by a Times political reporter, Lisa Lerer. Harris, who sought the Democratic presidential nomination, has been in the news recently as a possible vice-presidential candidate. In the interview, which the Times publishes question-and-answer style, Harris says, “Many cities in our country spend one-third of their entire budget on policing. With all the responsibilities those cities have, one-third on policing? Put it in the context of the fact that over the last many decades, we have essentially been defunding public schools.”

The “one-third on policing” claim is inaccurate. An elaborate Times infographic published on June 12 reports that among 150 large U.S. cities, the largest police budget is Dover, Delaware, at 18.1%, while “the average share of general expenditures devoted to the police has gradually increased by about 1.2 percentage points since the late 1970s, to 7.8 percent.”

Education Next is an education policy journal, not a police journal, though, so let’s focus here instead on what Harris claims is “the fact that over the last many decades, we have essentially been defunding public schools.”

That’s not accurate. According to the National Center for Education Statistics, nationwide per-pupil spending for public elementary and secondary schools has steadily increased. Here are those spending numbers, using real or inflation-adjusted “constant 2017-18 dollars”:

How about Harris’s home state of California? Surely the passage in 1978 of Proposition 13, limiting property taxes in the Golden State, makes it an exception, where “defunding” is the reality? Nope. In constant 2017-2018 dollars, by this same U.S. government count, per-pupil spending in California K-12 public schools looks like this:

Or what about New York, where the New York Times is based? Here’s what the “defunding public schools” looks like in the Empire State, again in constant 2017-2018 dollars:

The District of Columbia, where Senator Harris serves and where the Times Washington bureau that covers her sits? The public schools in D.C. haven’t been defunded for “many decades,” either. Here’s that D.C. story, again in constant 2017-2018 dollars, and again by the U.S. government’s count:

Nationwide, public-school spending as measured in real dollars did dip for a few years after the 2008 financial crisis, but it soon began to climb back, federal data show. “K-12 spending per pupil rose 26 out of 29 years before 2010,” the Times itself reported in 2018.

The California senator’s “many decades,” of “defunding public schools” is imaginary—yet the Times lets Harris promote that myth to Times readers without so much as a footnote or a skeptical follow-up question.

I suppose it’s possible Harris meant state support for public higher education, which has indeed come under pressure. Yet the U. S. Department of Education reports: “Revenues from government sources per FTE student were 4 percent higher in 2017–18 than in 2010–11 ($15,880 vs. $15,260) at public institutions, driven by higher revenues from state and local government sources.” (FTE is full-time-equivalent, and those numbers are inflation-adjusted, constant 2018-2019 dollars.) Providing nearly $16,000 per student per year in government funding is hard to describe accurately as “defunding,” even with the “essentially” modifier Harris added in. It’s also possible Harris was defining defunding as allowing families to choose charter schools, meaning that money associated with the student enrolling in the charter school flows away from district-operated traditional public schools. But charter schools are public schools. Or perhaps she was talking about public education spending as a percentage of GDP. That hasn’t consistently declined for “many decades,” either, and in any event seems more driven by changes in GDP than by choices about education spending.

The Times reporter doesn’t appear to have asked Harris what she meant. There’s no indication that the senator’s claim about education funding set off any b.s. detectors from any editors, either, at least at the Times.

You’d think that the need to fact-check senators carefully would be right at the top of everyone’s mind at that newspaper. Earlier this month, the Times acknowledged that it had allowed another senator, Tom Cotton, Republican of Arkansas, to publish an op-ed column that the Times later said included unsubstantiated assertions. The union that represents Times journalists faulted the Cotton article for “lack of context, inadequate vetting by editorial management,” and “spread of misinformation.” “Editors should have sought further corroboration of those assertions, or removed them from the piece,” a later Times editor’s note on the Cotton article said. The editor of the Times editorial page, James Bennet, resigned under pressure after a newsroom uproar about the Cotton article.

Some have claimed that the factual questions were at the core of the Cotton episode. Jose A. Del Real, a Washington Post reporter who had previously worked at the Times, wrote this weekend that the Times news staff’s public outcry over the Cotton op-ed was because the article “had errors that had already been disproven by the newspaper’s own reporting.”

It will be interesting to see whether the Times appends an editor’s note to the Harris interview the way it did with the Cotton one. Is the standard that says senators can’t spread misinformation in the pages of the Times one that applies uniformly? Or is it instead selective, only applied to some senators and some topics? Perhaps some additional remaining high-ranking Times editor will resign over this blunder, too.

While these two cases have similarities, they aren’t identical. The Cotton op-ed, which called for troops to be deployed to maintain order in American cities, was seen as particularly high stakes because of the fear that such troops would fire indiscriminately on peaceful protesters. But who gets to be vice president of the United States, in line after the president to command these troops, is also high stakes. And the $706 billion spent annually on public elementary and secondary schools is hardly a trivial sum.

The education spending issues, like police spending issues, are complex. Maybe the schools, or the police, could do a better job with more resources. Maybe adding more money without structural change is rewarding failure. Or maybe more spending can purchase political support for reform.

It’s harder for voters to make intelligent choices about such spending if the newspapers don’t report accurately if the amounts are rising or falling. If the Times won’t fact-check or provide context to inaccurate claims made by senators, we’re happy to help, at least on education-spending issues.