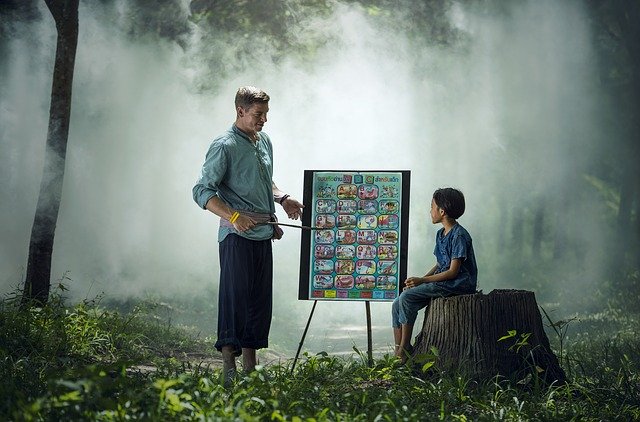 I am a quintessential American Democrat, a New York Jew raised by teachers union members whose own parents endured brutal bigotry before they escaped Eastern Europe. Educational equity was exalted in my home. My sisters and I were raised in an ethos steeped in social justice and what we call tikkun olam, a commitment to repairing the world.

Maybe not. At least that was my reaction when I read the education section of the “Biden-Sanders Unity Task Force Recommendations” to the Democratic National Committee. While the section contains many worthwhile goals—fully funding the Individuals with Disabilities Education Act (IDEA), rewarding high-quality teachers, keeping guns out of schools, supporting wraparound health care and nutrition services—the 110-page document spends a suspicious amount of ink dinging charter schools, a tiny public education sector that serves a mere 6% of American children (with hundreds of thousands on waiting lists) who are disproportionately Black, brown, and low-income. At a time when this country is ruptured by a trifecta of Trump, coronavirus, and racial unrest, the Biden campaign errs mightily by striving to curtail the growth of an academic sanctuary for those who have been failed for generations by their traditional public schools.

Biden’s campaign motto is “Build Back Better.” Yet his Unity Task Force’s K-12 education recommendations amount to “Hold Back Progress.” Here’s why:

Let’s look at that data and try to figure out what the Unity Task Force finds so threatening about charter schools. In 2015 the Center for Reinventing Public Education (CRPE) published a report called “Measuring Up: Educational Improvement in 50 Cities.” The authors examined student outcomes in traditional public and charter schools in the 50 U.S. cities with the largest total student enrollments. Is it true, as some have concluded, that “poverty and racial inequities are conditions that schools cannot overcome?” Or do some cities beat the odds?

The results were mixed, with student performance mostly flat. But there were a few exceptions: Newark, New Jersey, ranked as the best-performing urban district in the country, followed by Boston. Both cities’ results were driven by their strong charter school sectors. (In 2015, 17.5% of students in Newark and 10.4% of students in Boston went to charters.)

Earlier this month Jesse Margolis and Eli Grove of Margrady Research issued an update of CRPE’s findings, “Resilience: Will Urban Schools that Beat the Odds Continue to Do So During the COVID-19 Pandemic?” They find, yet again, Newark (with 32% of students now enrolled in charters) and Boston (with 31% of students now enrolled in charters) have the highest shares of students attending beat-the-odds schools and those successes are driven by public charter school sectors.

In fact, 75% of Newark charters met the metric for “beat the odds” schools—overwhelmingly attended by Black and Latino low-income students—while 16% of district schools (mostly test-in magnets) did. According to another report, “attending a Boston charter school roughly doubles the chance that an English-language learner will enroll in a four-year college, and roughly quadruples the chance that a special education student will graduate from a two-year college.”

Yet the Biden-Sanders Unity Task Force recommendations would have the Democratic Party stymie the growth of the schools most prized by low-income Black and brown parents. Note the document cites two white men right in its name, signaling how out of touch it is with the real opinions of people of color. To wit: A recent poll by Democrats for Education Reform found that 89% of Black Democratic primary voters and 67% of Latino Democratic primary voters support expanding public school options, including public charter schools.

As Margaret Fortune, a Black lifelong Democrat and charter school leader, told the New York Times, “What would be happening in a fair society is we would be asked for our opinions, rather than having candidates saying, ‘I have a plan for you—to shepherd you into the very schools that you left on purpose.’”

Shavar Jeffries, president of Democrats for Education Reform, said in response to the Biden-Sanders recommendations,

[W]e urge the Task Force to embrace President Obama’s legacy and keep alive his commitment to equity in the Democratic platform … Polling shows public charter schools are very popular with the very same Black and Brown families that delivered the nomination to Vice President Biden. At a time when low-income families, and especially low-income families of color, are demanding more agency and empowerment to decide core decisions affecting their lives, the platform sends exactly the wrong signal to those families.

This current pandemic and resulting school closures intensify the need for educational innovation, not complacency. While wealthier families will hire tutors, create pods for micro-schools, and supplement desultory traditional district offerings, poorer children will be collateral damage. According to an analysis from McKinsey, if schools don’t open full-time before January 2021 (already in the works around the country), Black students will likely fall behind by 10.3 months, Hispanic students by 9.2 months, and low-income students by more than a year. This would increase current achievement gaps by 15-20%.

Yet charter schools, with their lower level of bureaucracy and higher level of flexibility, report Robin Lake and Bree Dusseault of CRPE, “could offer opportunities for innovation later, as schools come to grips with the long-term effects a pandemic could have on their normal operations.” And, harkening back to the CRPE follow-up report from Margrady, beat-the-odds school districts and charter schools have been “relatively more likely” to adopt “difficult and uncommon practices” that lead to increased student growth, like “synchronous teaching, synchronous student engagement, and attendance tracking.”

The Biden-Sanders platform is not “building it better.” It is not exercising tikkun olam. While I understand the need to woo the power of Sanders/Warren/NEA/AFT stalwarts back into the arms of a more centrist candidate—who, by the way, served by the side of ardent charter school supporter President Barack Obama—the recommendations of this “Unity Task Force” undermine one of America’s most successful academic innovations, betray our neediest children, and circumvent the ability of their parents to exercise public school choice.

Disclosure: The Margrady update was funded by New Jersey Children’s Foundation; brightbeam is one of its grantees.
Photo by Tamir Kalifa.