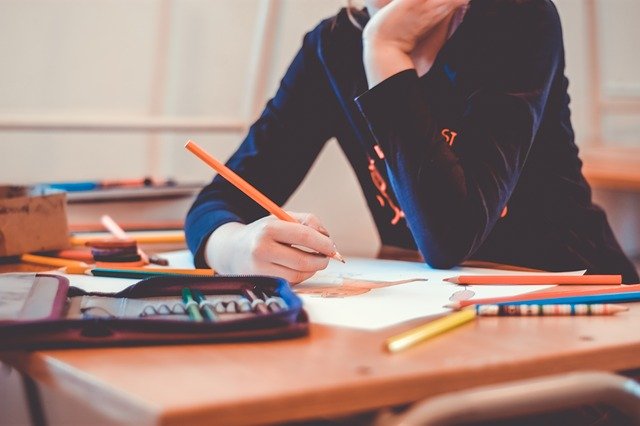 I am going to share a dirty little secret. For over 20 years, I have been a frequent viewer of “Fox & Friends.” The blame for this behavior falls at the foot of Harvard University and their summer program “The Media and American Democracy.”

In 1999, I was invited to attend the week-long session featuring news anchors and speakers from the major networks and newspapers from the East Coast. The subjects of bias and corporate control were explored at length and it was suggested we listen, read, and view a variety of outlets to gain a perspective of the American information landscape being shaped by media outlets and the expansion of the internet.

Fox News was not represented at this forum, but it was discussed and usually with derision regarding their intent and content. It piqued my interest because this is a primary source of information in my rural community.

On the morning of day two of the seminar, I tuned into Fox News. On the screen were Steve Dooce, Brian Kilmeade, and E.D. Hill. The interchange between them as they discussed the events of the day captured me. I had never experienced a “news” source with so little news and so much opinion. Their opinions paralleled more what I heard on the radio from Rush Limbaugh or Michael Steele than anything resembling hard news. From this Fox and Friends Weekend was spawned, becoming the proving grounds for the daily show.

It was a mix of laughable insinuation and slanted conversation and it had me hooked. The voice in my head said, “So this is what my students watch and bring into the classroom daily?” It was a cathartic moment and I have used Fox & Friends ever since as a political barometer for the community—it has proven to be fairly accurate.

Currently, Fox & Friends is fully committed to the political agenda of one of their more recognized contributors of the past seven years—Donald Trump. Trump used to call into the show every Monday to complain about the Obama administration and share the findings of his birther investigation, as well as fuel his feud with Rosie O’Donnell. It was the beginning of a marriage between Fox & Friends and Trump.

And throughout the term of the Trump administration, there has been a revolving door between the White House and Fox as John Bolton, Sebastian Gorga, Hope Hicks, Sarah Sanders-Huckabee, and current Press Secretary Kayleigh McEnany have been employed by both. Sean Hannity is a de facto advisor to the White House, with Trump registering many hours on this primetime show. It is clear Fox & Friends is one of Trump’s go-to morning shows. He even plans a weekly call-in to the show from now until the election. So, what does this have to do with education in America?

‘The Trouble With Schools’

Beginning in 2015, Fox & Friends began airing a segment called, “The Trouble with Schools”. In this segment, they brought to life important education issues like brainwashing kids with meatless Mondays, the Dixon County suspension of all flags at school or “inappropriate” assignments from teachers. On July 4 of this year, we were introduced to a new problem in American schools by Fox Contributor Rachel Campos-Duffy.

This tweet was partially in response to the creation of the 1619 Project by Nichole Hannah-Jones of the New York Times. The aim of this project is to, “…reframe the country’s history by placing the consequences of slavery and the contributions of Black Americans at the very center of [the United States’] national narrative.” With the murder of George Floyd in Minneapolis and police shootings that have followed, this project is seen as anti-American by the political right. Through the lens of Fox & Friends, it is a tool to indoctrinate young minds to hate America. As Fox & Friends Weekend Co-Anchor Jedidiah Bila said Sunday, September 20, 2020,

In a speech at the National Archives, Trump addressed the issue directly. And during a recent rally in Fayetteville, North Carolina he said,

To combat the toxic left wing propaganda in our schools, I am launching a new pro-American lesson plan for students called, 1776 Commission … It’s already done. And it’s true, your kids come home, and they tell you things. How many of you, the kids come home, and they tell you things. It’s a disgrace, what they’re teaching them, it’s a disgrace. We’re ending it. In fact, we’re taking school funds away from these crazy schools that are teaching horrible things, bad things, actually. We will teach our children the truth about America, that we are the most exceptional nation on the face of the earth. And we are getting better every single day. And no party can lead America, that will not teach our children to love America. No party can do that.

In my 65-year relationship with the American public school system, I have never met a teacher who taught students to hate America. Critically question? Definitely, but the Founders critically questioned British rule and the Articles of Confederation to create this country. One can be both a critical thinker and a patriot.

The only truth in the statements made by Mr. Trump is that he may or may not form the ‘1776 Commission.’ After all, we have been waiting for ‘Infrastructure Week’ and a health care plan for almost four years. And Mr. Trump is free to create his commission, but states are not required to use a curriculum created by the federal government because this authority is delegated to the states, which create their own standards and curriculum.

Indoctrinating students with the myths promoted by images of ‘The Ascension’ and anecdotes about George Washington never telling a lie can be part of an educational experience, but they are not a truthful part of American history. And disallowing or forbidding any alternative, critical narrative is fascist—the principle of critical inquiry and our very system of public education hangs in the balance.

Fascism is “a governmental system led by a dictator having complete power, forcibly suppressing opposition and criticism, regimenting all industry, commerce, etc., and emphasizing an aggressive nationalism and often racism.” Donald Trump is proposing the introduction of fascism into the American education system, which would suppress any criticism of the country and that is wrong.

What Trump proposed would better fit Mussolini’s Italy or Joseph Stalin’s Soviet Union. As much as these ideas may resonate with his followers, it is contrary to the vision of the American Founders and a democratic republic. To keep America free of institutional indoctrination, the American school system must push-back on this fascist and false intrusion of ideas.

Photo by Mental Floss via History with Zim..