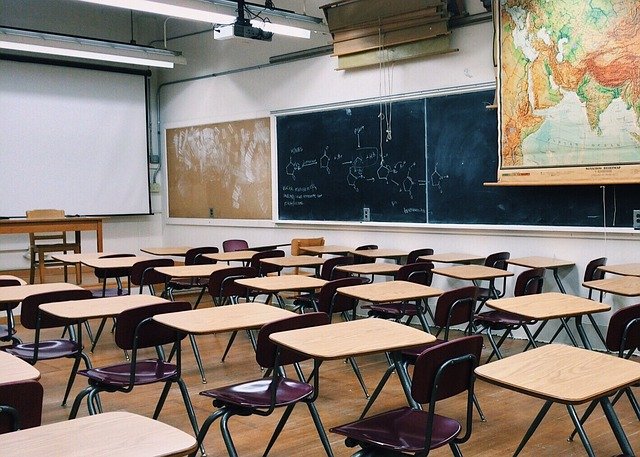 Even before President-elect Joe Biden offered his inspiring remarks to the nation this weekend, the social media posts declaring, “Bye, Betsy” clearly signaled that the education community was long-past ready to move on from U.S. Education Secretary Betsy DeVos.

Earlier in the week, Democrats for Education Reform provided a shortlist of public school superintendents it would support for the position. More recently, Politico offered an analysis of the contenders for all Cabinet posts, naming American Federation of Teachers President Randi Weingarten, former National Education Association President Lily Eskelsen Garcia, and Linda Darling-Hammond, president of the California State Board of Education, as the three most likely candidates.

These choices should surprise no one. All three are solid choices with a lifetime commitment to improving public education. All three are so solid that they were also leading names 12 years ago, when Barack Obama was considering his initial cabinet. And all three would do a fine job sitting in the big chair on the top floor of 400 Maryland Avenue.

The past eight months has taught us, though, that what was solid and fine a year ago (or a dozen years ago) in public education may not be best in the uncertain times of the coronavirus. At the start of the fall, I opined on the possibility of a secretary of education candidate like Freeman Hrabowski, the president of the University of Maryland Baltimore County, and for the need to go even bolder by selecting a candidate that can bridge the K-12 and higher education worlds that have so often defined our federal education department.

So, before we go too far down the line in scheduling confirmation hearings for the shortlist, it seems prudent to think a little differently and explore a few candidates who, while they may not be currently considered by the Biden transition team, may be just the sort of educational leaders our nation and our education department need at an uncertain time like today.

While it is possible to offer dozens upon dozens of leaders up to the job, I’ll spotlight five that may not be on the radar, but are worthy of a little chatter and consideration.

The education community writ large has waited generations for a college president to lead the U.S. Education Department. With a Biden Administration likely focused on college affordability, student debt, and hybrid learning, it would be wise to consider an innovative campus leader such as Sandra Boham, the president of Salish Kootenai College in Pablo, Montana. There are few college presidents who are able to do more with less than Boham. She is a true innovator focused on the “whole student” at the Tribal College, ensuring the college experience includes everything from health and dental care to child care.

And if college affordability is indeed the top educational issue we as a nation face in the next five years (I’m still not sold, believing that hybrid/virtual learning will be), Fidel Vargas brings a unique skill set that is valuable in looking at student loans and free college. Vargas is currently the president and CEO of the Hispanic Scholarship Fund, the nation’s largest non-profit organization supporting Hispanic American higher education. He also brings experience managing billions of dollars in private equity. He was once the nation’s youngest mayor, leading the Los Angeles suburb of Baldwin Park.

Biden has pledged that his education secretary would be one who brings practical experience as an educator, so who better than an award-winning teacher, local school superintendent, and state education secretary from the President-elect’s home state of Delaware. A former ELA teacher, Susan Bunting is also a former superintendent of the year and has been a beacon of state leadership as we’ve looked to provide a high-quality education to all students at a time when most of our public schools have been closed.

Perhaps the most successful education secretary in history was Richard Riley, the former governor of South Carolina who served as Secretary of Education for all eight years of the Clinton Administration. A legislator like U.S. Representative Susie Lee of Nevada may be just the person up to the challenge. As the founder of Afterschool All-Stars in Las Vegas and leader of Communities in Schools of Nevada, Lee brings an advocate’s view on issues such as equity, out-of-school time and school improvement. And these pre-Congress educational experiences of Lee’s make her the “family engagement” advocate I’ve long hoped for the U.S. Department of Education.

We should all believe that education policy should be non-partisan, and what better way to signal that than appointing former Massachusetts Gov. Jane Swift to the position. A Republican governor of as strong a blue state out there, Swift was breaking glass ceilings before it was politically cool. She has since dedicated herself to educational improvement, leading national efforts to better serve English-language learners and first-generation college students. Swift is now focused on classroom innovation and technology solutions at LearnLaunch. And for those looking for an educator, she brings many years of experience as a professor at Williams and Boston Colleges.

Safe choices like Eskelsen Garcia, Hrabowski, or even U.S. House Education and Labor Committee Chairman Bobby Scott of Virginia would all be solid nominees and cabinet secretaries in the Biden Administration. But what if we tabled the safe, solid considerations for a moment and began to consider the bold, the innovative and the atypical. At such a time of change and uncertainty in both our nation and our educational systems, considering the alternatives may be just what our schools, our educators and our learners need.