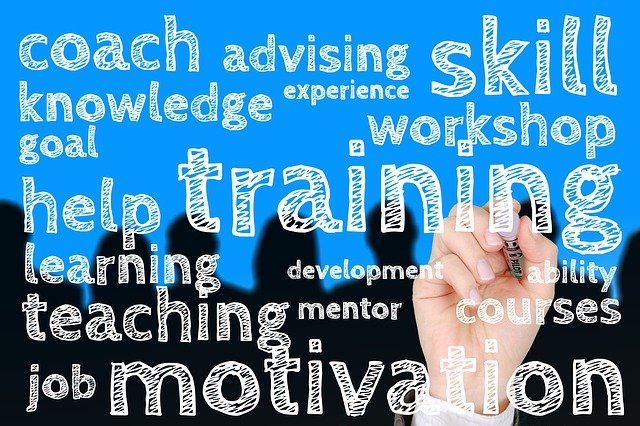 The recent “Fresh Prince of Bel-Air” reunion show had me in my feelings. It was great to see the cast again and it was cool to see that Will Smith and Janet Hubert ended their 25+ year feud.

My wife and I decided to allow our 8-year-old son to watch a few of the early episodes of the show. We started with the pilot episode.

There’s a scene from that episode where Will says that he believes Uncle Phil has forgotten where he came from due to his bougie lifestyle. Will said it to Uncle Phil’s face. Uncle Phil checked him by informing Will that he grew up hard also and that he has more than a poster of Malcolm X on his wall—he has the memory of watching him speak. Uncle Phil essentially said that a poster is nice but doing the work of bettering yourself, your family and community matters more than posters or memorizing buzzwords.

The same is true in education.

There are a lot of buzzwords and book titles thrown around as a way to prove one’s “wokeness.” I hear folks say they are culturally relevant, woke, and antiracist. Don’t get me wrong, if I hear a non-Black educator use these words to describe themselves, that’s not a bad thing. (Disclaimer: I say non-Black teacher because Black teachers rarely, if ever, use these words to describe themselves.)

But words are like paper currency; the paper bill itself has no power. The power lies in the government that backs up the bill. Saying that you’re an antiracist educator or a culturally competent teacher sounds good, but it’s empty rhetoric unless it’s backed up by the work you’ve put in to show what you say to be true.

By no means was I a perfect teacher. Like all teachers, I struggled to fuse cultural relevance with quality instruction. I wanted to unlock learning so that my kids gained essential decoding skills and also learned the truth about our society and its history. But I had to get down the fundamentals of teaching in order to apply the philosophy of culturally relevant education.

You cannot pop a wheelie if you cannot ride a bike. Likewise, you cannot give students the engaging and empowering education they need if you cannot teach, command a classroom or properly assess learning.

I learned quickly that what matters is the work. I also realized that what I taught my students was true; you cannot assert a claim without evidence. My students spoke for my work. I never had to say that I was this or that as a teacher because my students affirmed it.

One of the frustrating things for me is when speakers say they’re this or that without any evidence to prove it. The same is true for teachers. But the streets talk; as Dave Chappelle said, the streets can speak for themselves. In the case of schools, hallways talk—and students will let you know how “woke” a teacher really is.

I’ve encountered teachers who talked a good game and flat out couldn’t teach. Like Will, in the pilot episode of the Fresh Prince, those teachers had posters of Black heroes on the walls. However, their resources and pedagogy were centered in the same Eurocentric frame that I experienced when I was a student. They had little-to-no control of their classroom, and it was often because they were long-winded, redundant micro-managers and were just plain boring. They offered no way of hooking students into their lessons, they offered students very little autonomy and they never connected learning to purpose. But they were full of headnods and verbal affirmations during PD sessions.

This isn’t a judgment, only an observation.

Thankfully, as a teacher mentor I had the chance to work with some of those teachers, sharing some of the tactics and strategies I used to get the most out of my students. Those who took my advice found out what I had: Students will affirm you as a teacher, both in their words and in their improved skills and abilities.

They can sniff out whether a teacher is “’bout that life” of being “woke” in the context of the classroom.

Students care that you understand racism, white supremacy and patriarchy, and how those things are weaponized structurally and otherwise. As a Black man with Black children in school, I care that teachers know that too. But I care just as much that teachers can teach kids how to read, write, compute numbers and think critically.

Teachers must also recognize cultural cues and know when to drop the curriculum to discuss a seminal event in the lives of students and the community.

Teachers themselves must be lifelong learners, which includes learning from their students and their families.

“Wokeness” isn’t about what one says but how one lives. It’s about the work they’ve done and continue to do… and the “woke” have no need to advertise their “wokeness”—their work and the streets speak for them.

As an educator, I can honestly say that the streets—or the hallways—won’t speak for you if you can’t do the work of empowering through teaching.

One’s “wokeness” or woke rhetoric cannot hide or mask one’s inability to teach. Malcolm X spoke truth to power, but he did so because he learned how to read, comprehend, write, speak and think critically. Those skills unlocked his power and passion within. If we educators want children to unlock the power and passion within themselves, teachers must serve as experts in fitting and shaping the keys that are our content.