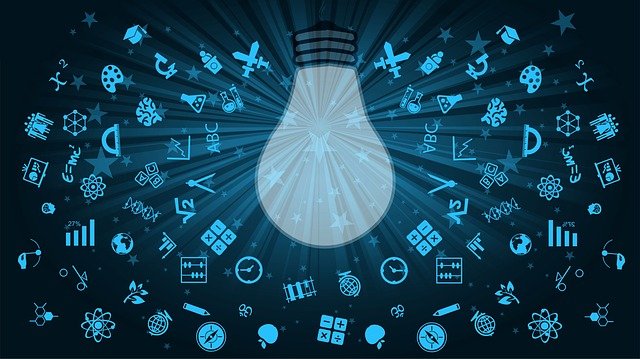 Imagine an America where every child is valued at the level their creator intended.

Now, let’s hope together that president-elect Joe Biden’s pick for education secretary is truly committed to that goal. By many accounts, Dr. Miguel Cardona is a good man who comes to the job with a sincere interest in the welfare of all children.

He recently tweeted to that effect, saying his department “will be a student, educator, and family-first Education Department. You have my word!”

It’s about time. Parents and students have had their lives upended by the yo-yo effect of school closings and openings due to COVID. Many of us are juggling a lot. Some of our kids are falling behind. We’re weary, fatigued and hope is in short supply.

To make matters worse, education politics continue to pit parents with different views of education against each other. It’s district vs. charter vs. private vs. home schools, all racing us to the bottom of a false sense of scarcity. This at a time when we should rally together in a common cause as Americans.

Immediately after Cardona’s appointment was announced Diane Ravitch wrote to her million-plus followers:

Dr. Cardona is not a Broadie, not a DFER favorite, not a member of Jeb Bush’s “Chiefs for Change.” All of this is good news. We know that these fake “reformers” lobbied hard for one of their own. They lost. That’s good news too.

May God never allow you to be so miserable that the highlight of your day is people losing.

For the uninitiated, “Broadie” is Ravitch’s shorthand for a highly educated person who attended Yale’s Broad Academy, a two-year fellowship for aspiring public school superintendents.

Think of “Broadie” as her version of “crooked Hillary” or “ sleepy Joe” or “little Marco.”

Chiefs for Change is a bipartisan network of education leaders that represent 7 million students, half a million teachers and 14,000 schools. They are known for really bizarre ideas like ensuring schools are “safe and welcoming,” that all kids have “access to an excellent education” with “fully prepared teachers” who have “the support they need to do their jobs well.”

I mean, they even demand kids have “high-quality instructional materials” and that schools create “reliable and affordable pathways to college and meaningful careers.”

What are they thinking?

You can agree or disagree with these groups, their people, and their educational proposals. Fine. Count me as someone who disagrees with them from time to time. But let’s not be so drunk on bad faith polemics that we actually reduce them to enemies of children.

And let’s not erase the lived-experience their people bring to the table when working to make schooling better. We need all the talented people possible to show up for education.

Ravitch’s “resistor” movement damages fair debate by normalizing the demonization and smearing people who propose many avenues to educational improvement. Let’s admit that. Her gift for labeling and recasting policy her opponents as “destroyers” of public education should be the object of study for anthropologists.

It should not be the source material for good people who devote themselves to improving outcomes for children—especially in a world where the majority of children are underperforming (if NAEP scores matter).

President-elect Biden’s promise to be a president who unites America needs to be more than token rhetoric. Dr. Cardona needs to sidestep advisors like Ravitch who have records of dividing children into worthy (traditional public schools) and unworthy (everybody other than traditional public schools) categories. This includes national teachers’ union bosses Randi Weingarten and Lily Eskelsen Garcia, who have fiercely fought against parental choice, charter schools, and student assessment, while slurring their opponents as racists and plutocrats.

It also includes their union members in higher education who dedicate a great deal of publicly-funded time to generating new and novel “scholarship” to paint school reformation as a movement of evildoers.

True public education should concern itself with ensuring everyone is supported to become an educated citizen. Can that goal be served by demagogues fomenting artificial battles between homeschoolers, private schoolers, charter schoolers, magnet schoolers, virtual schoolers, and so on?

Who wins by partisan attempts to turn any of these groups into enemies?

After four years of blistering partisanship that saw our nation’s social fabric fray and our social norms erode, we now need competent healers with substantial public policy chops to stand in the breach and model generosity for the nation’s students.

Let’s hope that Dr. Cardona becomes that healer in his role as education secretary.

Let’s watch attentively to see how he handles the always-on enemy-imagers in Ravitch’s camp of angry paleo-pedagogues.

And, let’s see if he seeks counsel from a broad group of caring people who can imagine an America where every child is valued at the level their creator intended.