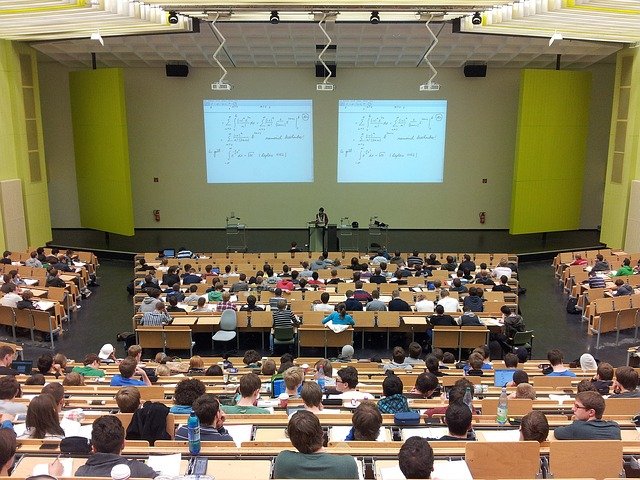 Two years ago I was fortunate enough to attend a showing of “Hamilton” in my hometown of Atlanta. A huge group from Atlanta Public Schools trooped into the Fox Theater on the second night of the run—our superintendent had arranged to bring nearly a thousand students and their lucky chaperones. The teacher life has its challenges, but there are definite perks. Having listened to the soundtrack on repeat for the better part of a year, I settled into my seat with no small excitement.

Toward the beginning of the second act, Alexander Hamilton and Thomas Jefferson square off in a cabinet meeting and argue about plans to manage state debt. Jefferson is against the idea because the South has it “made in the shade” with their booming economy, and Hamilton comes back with these words:

A civics lesson from a slaver. Hey neighbor,
Your debts are paid ‘cause you don’t pay for labor.
“We plant seeds in the South. We create.”
Yeah, keep ranting.
We know who’s really doing the planting.

The audience went wild. A built-in musical beat was supposed to give space to some reaction, but it was clear the band wasn’t prepared for this largely Black, southern crowd—the music picked up a little early and we missed Hamilton’s next line. Even to this white man, it was electric—watching people straighten up in their seats and look around excitedly, catcalling and laughing. I’ve attended dozens of shows at the Fox and never seen anything like it. Later, when asked about my favorite parts of the night, I skipped over all the amazing music and described this one moment of audience interaction.

In 1939, half a mile down the street from where I saw “Hamilton,” at the now-shuttered Loew’s Grand Theatre, a ten-year-old Black child was dressed up as a slave.

It was the world premiere of “Gone with the Wind,” and, like most public spaces of the time, the movie was showing for a segregated crowd of all-whites. As was typical, however, an exception was made for the help—in this case the dinner reception’s entertainment, a multi-generational Black church choir brought in to sing spirituals for the upper strata of white Atlanta society. As if this performance wasn’t degrading in and of itself, the choir was told to dress in period costume—in this case slave attire.

The choir was from Ebenezer Baptist Church. The head pastor who brought them was soon to be known around the world simply as “Daddy.” That ten-year-old child grew up to be the Reverend Doctor Martin Luther King, Jr.

It is tempting on this third Monday in January, in comparison to such a story, to relax into believing that America has made good enough progress on race, to wonder why people have put so much energy into controversial movements for racial justice like #BlackLivesMatter. After all, in a single lifetime on the streets of Atlanta we have come from a Black child reenacting slavery for the amusement of an all-white audience to Black and brown men reassessing the founding fathers before a rapt, integrated, high-paying crowd.

Eighty years and half a mile have brought us such a great distance. Maybe we should let well enough alone.

A week after that first performance I was able to come back to “Hamilton” again, this time with my wife, and I was looking forward to her seeing the Jefferson-affront reaction that I had described in such detail. I inched forward in my seat ahead of the scene, like an eager child, and yet the lines came and went in an almost pedestrian fashion—the band didn’t even need their arranged musical break for a regular-sized laugh. Disappointed, I looked around for some kind of explanation, and I realized that this crowd was largely white.

First, let me acknowledge that an ability to be unaware of an overwhelmingly white room is its own form of power. Then let me say that I found myself confused at this particular room’s weak reaction to such a strong line. After all, other parts of the show had received exuberant interruptions from the audience. Though I initially wondered why the white crowd had missed the joke, it later occurred to me that more likely they simply didn’t know how to react to dialogue so racially pointed. Most white people have never had a true reckoning with the politics and economics of slavery, either its history or its significant contribution to inequality today. Even after the summer of 2020 and its galvanizing effect on white America, talk about our history of oppression still makes us uncomfortable. And so, as often as not, we look away.

So much has changed since King was a child, a world of difference in no small part affected by the work of his hands. “Gone with the Wind”—both its antebellum subject matter and its Jim Crow premiere—are solidly in our nation’s past. And yet, “we know who’s really doing the planting.”

“Hamilton” is both a work of genius and a kind of placebo—white people watch people of color poke fun at America’s founding fathers and original sins and we feel that all is well. Some want to believe that #BlackLivesMatter is an unnecessary provocation, that the summer of 2020 was all a lot of noise about nothing. And yet, race still cuts swaths of inequity across our schools and neighborhoods; it predicts our treatment by the criminal justice system and correlates strongly with negative health outcomes.

Much has changed since King was a child, but not nearly enough. Just look at what happened last week in Washington, D.C.

In 1963, unjustly stuck in a jail cell in Alabama, King penned maybe his most famous piece of writing, “Letter from a Birmingham Jail.” In a moment not dissimilar to today and our fumbling efforts towards racial justice, a group of local white pastors were encouraging the Civil Rights protestors to slow down and be reasonable with their demands. King, however, was tired of going slow. In his mind, 344 years of oppression was time enough wasted, and he smuggled this letter out of jail in reaction. He writes:

We know through painful experience that freedom is never voluntarily given by the oppressor; it must be demanded by the oppressed … For years now I have heard the word “Wait!” It rings in the ear of every Negro with piercing familiarity. This “Wait!” has almost always meant “Never.” We must come to see … that ‘justice too long delayed is justice denied.’

This MLK Day, as we remember the life and murder of one of our modern-day founding fathers, let us also reckon with both the history that made his work necessary as well as the present that still pales in comparison to his famous dreams. Let us look past the feel-good vibe of “Hamilton” and into the ghosts of our sins that still haunt us today. Let us walk away from the word “wait” and toward the word “what.”

We are days away from a new president, a man who in many respects will steer discourse in our country away from its baser tendencies and towards progressive action—someone who might be able to bend back the arc of the moral universe. And yet, decency is not enough. We cannot simply “wait” for Joe Biden to make things better; we must ask ourselves “what.” What can I do, what should I say, what would be an appropriate action here if I wanted to turn my face away from white nationalism and toward racial justice?

Like it or not, we know exactly who was doing the planting, and we must continue the difficult work of grappling with this fact and its multiple legacies. There can be nothing like equality without action. Let us look at race, rather than away from it. Let us remember the summer of 2020 and its lessons as we walk into the work ahead of us in 2021.

We owe this work not only to the memory of King the man, but also to that child dressed up in costume to perform slavery for a crowd of privileged white people. We have waited long enough. It is past time.