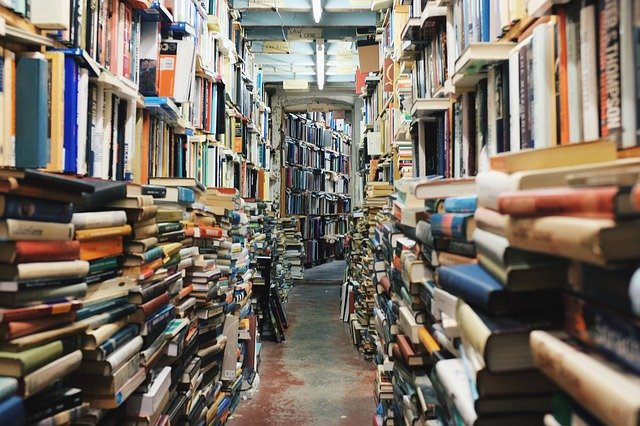 For nearly a decade, I have made a living navigating a convoluted ecosystem called “educational leadership.” Like many fields, it has its own unique structure, governance, and jargon that require proficiency if one seeks longevity and success. Though I have experienced both, neither has been able to provide immunity from the frustration and concern I feel when I observe what the education system has done to so many of our students. We have gotten so good at failing non-white and non-affluent children that we know exactly what to do to continue this trend without creating an uproar for criminal-like activity: diminish promising concepts and terms so that, by simply including them in our plans and goals, we can provide liberating language to complement our ongoing oppressive practices. Consider the term “educational equity.”

Most people, influenced by a widely used illustration, think of educational equity as providing kids with boxes in order to help them see a baseball game. This inaccurate image leads to deficit-model thinking and oversimplification of the barriers certain students face in schools as a result of how the schools function.

Educational equity should be defined as creating or eliminating policies, systems, and practices in schools that affect the experiences, outcomes, and access to resources for students from previously excluded groups.

As a practical matter, this means if you are reading equity books, listening to podcasts, or marching with others to protest racism, injustice, or in this case, inequities, you may be on your journey, but these efforts alone do not serve as evidence for achieving educational equity. Neither does hiring a diversity, equity, and inclusion specialist.

If these types of positions are created with the expectation that the persons hired will create or eliminate policies, systems, and practices within the organization that affect the experiences, outcomes, and access to resources for those from previously excluded groups, then there is a chance that such a position could help to achieve educational equity. Yet, too often, diversity, equity, and inclusion specialists are set up to fail because they ultimately report to someone who has not done their own inclusion, diversity, equity, antibias, and antiracism work, or the organization protects white supremacy by denying any attempt to address long-lasting systemic issues related to inequities. We must challenge and push back on the belief that the way to address inequities that contribute to disparities lies in committees, surveys, reports, audits, and other nonaction-oriented tasks that were never intended to create sustainable change. These time-hoarding, emotionally draining maneuvers almost always lack the necessary accountability structure to render any desirable impact. And our students, whose success is dependent upon robust shifts in practice, are left waiting for the next equity effort, while we remain comforted by our good intentions.

Educational equity is action—unapologetically creating or eliminating policies, systems, and practices. Think about what Dallas Cowboys fullback Daryl Johnston used to do on the football field. His role on the team included blocking those who were serving as barriers to Hall of Fame running back Emmitt Smith’s progress. Daryl flourished in this role. This is the image we should be using to illustrate what we need to do for previously excluded students within our schools. Until we reframe our thinking and begin viewing educational equity as action, we will continue to miss the mark.

We must ask ourselves a lot of reflective questions. As a collective, are we blocking and removing those discipline policies that disproportionately impact our students in the subgroup? Are we removing barriers for previously excluded groups of students so they can proceed into advanced and gifted courses? What about those one-sided, single-story, Eurocentric curricula that do not promote the organization’s goal to prepare students for a global and diverse society? Are we creating pathways to reinforce the importance of diversity by embedding it in the lessons, curriculum, materials, books, and author selections? We have been neglectful in our teaching, which perpetuates inequities and, sometimes, racist ideology.

For example, by only showing Black people in subservient historical contexts or when it is Black History Month, the educational system communicates a particular narrative about what it means to be Black. Instead of posting on social media, make a genuine impact by helping implement a Black History Month program or teaching students what life was like for Black people prior to the Transatlantic Enslavement. Though equity is not only confined to race, to ignore it simply strengthens the point that we have been excluded from so many tables where educational decisions have been made.

Another reflective question we should be asking ourselves has to do with hiring processes. Are we challenging and removing those comments about “fit” or the practice of only hiring people of color when there is a consensus, which historically has meant the person is not threatening and shares many of the values and beliefs already upheld within the organization? If your organization does not change systems as part of its equity efforts, your equity efforts may be “trash equity,” or superficial or surface-level efforts built on deficit models. These non-quantifiable, non-systemic practices typically lack accountability and thus do not impact the overall experiences, outcomes, and access to resources for students from previously excluded groups.

I am sure by now you have noticed the usage of the phrase, “students from previously excluded groups,” as opposed to “underrepresented students.” This is intentional. I do not believe the term “underrepresented” adequately conveys what has historically occurred in our country and in our schools when it comes to educational inequities. To be underrepresented could be interpreted as having a lack of interest. This allows for that proverbial response when asked about the lack of diversity in hiring, advanced classes, books, etc.: “we tried but couldn’t find any people or students of color.” Thus they are “underrepresented.”

“Previously excluded” is a more appropriate phrase. We have been excluded because of actions and inactions by a system. Such action and inaction have consciously and subconsciously occurred. Regardless, this semblance of “underrepresentation,” or supposed lack of interest, skill, and anything else on the part of students and others, is a defensive mechanism established by those who were not excluded to allow their good intentions to suffice.

What if I told you that the students who are shown in the equity image hated they had to watch the game from the outside and stand on boxes, but were forced to do so because they were denied admission to the stadium due to their socioeconomic status, ability level, and race? Still wanting to watch the game, they found boxes to stand on and tried their best to move on and not remember how they were excluded and discriminated against. Would your position regarding this image and its depiction of educational equity change? Well, here is the curveball: the fact of the matter is that all of us, regardless of our role in the education system, have influence as gatekeepers deciding who enters the stadium. Watching students who are not in the stadium adjust and create their own conditions to experience the game should not be viewed as anything other than a systemic failure on our part, and perseverance and problem-solving on the part of our students.

Regardless, I still see value in the equity image, which is why I would like for you to picture it one more time.

We know the image does not adequately convey the definition of educational equity. But what if it accurately depicts something else that is occurring in the educational ecosystem? Maybe it is not the students but the adults who need varying degrees of support to see what is really happening in our schools? Maybe the game being played is not baseball at all, but the game of perpetual inequities that many of us can see, even though we are still on the outside, just watching. Others, however, cannot even see that a game is being played.

The equity image, like many vivid images in education, is a snapshot in motion without the context to properly understand what is hidden in plain sight. As educators, parents, policymakers, and community members, we must act because we are the ones with our views obscured, not our students.

Howard E. Fields III is an assistant superintendent of human resources, the 2020 National Distinguished Principal from Missouri, and author of the forthcoming book How to Achieve Educational Equity. Twitter: @HeFields3

The post How to Achieve Educational Equity appeared first on Education Next.