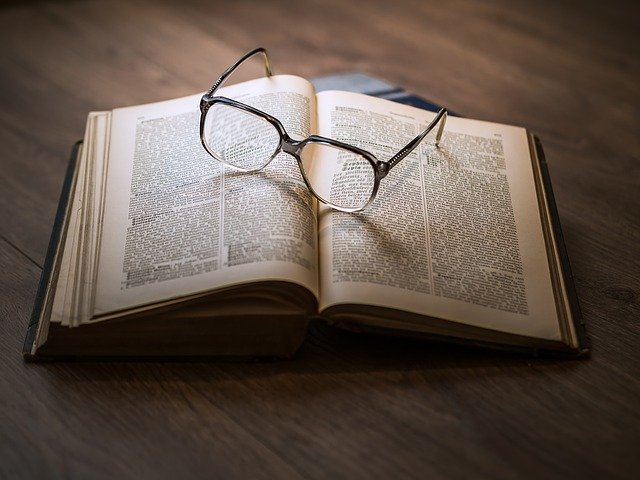 When Congress passed the American Rescue Plan in March 2021, we were happy to see that it included new language requiring districts to protect high-poverty schools from disproportionate budget cuts. In the last recession, state revenue declines hit districts hard, forcing hiring freezes and seniority-based layoffs that often hurt the poorest schools most.

Thankfully, state revenues are quite healthy, with many states announcing higher-than-anticipated increases in funding for schools. Like many others who follow school finance closely, we assumed the new “maintenance of equity,” or MoEquity, provision would only be relevant in the small handful of places with revenues declining.

But then, this summer the U.S. Department of Education released its guidance on the MoEquity provision, asserting that the provision applies even if revenues are growing. As written, it would have forced thousands of districts to rewrite their budgets just as they were trying to reopen schools. After hurried and intensive behind-the-scenes conversations and a lightning- fast-by-government-standards response, the department released a new Dear Colleague letter which gives districts more flexibility on how to implement the MoEquity rule and permits districts with rising revenues to file for a one-year delay.

While districts will appreciate the added flexibility and the timeline extension, the more expansive interpretation could still have unintended consequences, and there may be better mechanisms to drive equity than the formulas dictated in the guidance.

How the MoEquity Provision Works

The law states that:

As a condition of receiving funds under section 2001, a local educational agency shall not, in fiscal year 2022 or 2023—

A similar rule governs staffing levels. Many people, your authors included, read this language as only applying to districts that were reducing their spending.

The U.S. Department of Education interpreted it differently. The department said that districts with flat or growing revenues had zero reductions and that, thus, no high-poverty school could see a reduction greater than zero in either spending or staffing ratios. The law exempts small districts under 1,000 students, but that still leaves about 7,000 districts potentially on the hook.

The law includes a specific definition of “high-poverty schools,” for this provision only. Every district must rank each of their schools in terms of poverty. The district’s highest-poverty 25 percent of schools are protected “high-poverty” schools for purposes of MoEquity. Every district—regardless of whether all of its students are low-income, or whether the district has only a few pockets of poverty—must rank their schools in this manner to create a list of protected schools.

These formulas may appear reasonable at first blush. But their reliance on student enrollments, the comparison with the prior year’s allocations, and the focus on individual schools could ultimately force districts into some costly, inefficient, and potentially inequitable decisions.

The first challenge for the MoEquity provision—and really any federal rule attempting to govern district-level spending decisions in real time—is that most districts simply don’t have school-by-school budgets. That means they don’t always look at the school by school consequences of their budgeting decisions.

It wasn’t until the 2015 Every Student Succeeds Act that states began collecting school-by-school expenditure totals, but that took time, and the most current data at this point are from 2018-19. While our team at the Edunomics Lab recommends more districts put that type of data to use, we are not aware of many district budget offices that are actually equipped to do it in real time yet.

These flexibilities will help ease the implementation challenges, but they’ll undermine the underlying goals of the MoEquity provision. Using average teacher salaries, for instance, can hide large pay discrepancies across schools. And districts could put forward ambitious hiring plans on paper, only to be thwarted by hiring challenges. The guidance explicitly exempts districts with “unpredictable changes in student enrollment or personnel assignments.” Once a district determines it passes the tests based on its estimates, it does not have to re-examine its results.

Creative financial officers will be able to figure out how to pass the MoEquity tests by finding an enrollment metric that fits their purposes. But in an ideal world, we’d want districts to track actual results, not just certify their intentions. In other words, the MoEquity guidance may provide the appearance of equity without actually ensuring it.

The MoEquity rule protects individual schools, and the protected schools cannot be considered as a group. It doesn’t matter why a school might have received extra dollars or staffing in the prior year, the funding levels must stay, even if the funding comes at the expense of other schools or if the rationale for the extra funding is no longer relevant (such as when a student with disabilities no longer needs a dedicated aide). The federal guidance invites requests for exemptions but cautions that very few will be granted.

In the real world, these outlier cases are quite common. They vary by location, but they’re usually tied to where a school’s enrollment happens to be unusually low or some spending anomaly has pushed up the per-pupil figures outside of a normal range. If a school received $25,000 per pupil in prior years, MoEquity will require that for each additional student at the school, the district must allocate another $25,000, regardless of the needs of the new student.

More Equitable Districts May Be More Likely To Fail

The Remedies Could Be Counterproductive

Perhaps most concerning, the MoEquity provision could work to supersede districts’ other efforts to send more resources to low-income students. To pass the tests, districts might have to override their weighted student formulas or targeted allocation formulas — many of which are used to direct more dollars to schools with higher concentrations of English learners, foster or homeless students, students with disabilities, and students living in poverty. That runs counter to the goals behind the MoEquity provision, and there are better options that could more reliably ensure districts are allocating their dollars toward students who need them the most.

What Should the Department of Education do instead?

On average, the federal government provides about 8 percent of school district budgets. It’s understandably tempting but practically complicated to use that leverage to steer how districts spend the other 92 percent of their budgets. The recent rounds of federal relief funds provide a large infusion of money, but that’s temporary. The feds should not abandon the notion of pressing states and districts to more equitably distribute resources, but Washington will need to carefully think through any financial test to understand how it will play out across districts and schools to ensure it isn’t unleashing more harm than good.

In the long run, Congress could consider several alternatives to the MoEquity rules. They could start by calling for more transparency about how districts allocate their money by requiring any district receiving federal dollars to compare how much money they provide to their highest-poverty schools compared to all their other schools. Such a requirement could be a natural next step from the recent ESSA requirement to publicly report school-by-school expenditures. This transparency requirement would have the added benefit of getting more districts to examine and weigh these figures when preparing their next year’s budgets — possibly breaking them out on a school-by-school basis, which would facilitate an easier examination of district spending decisions in closer to real time.

Federal lawmakers are always going to struggle to come up with rules that apply to every district and every school. Instead of the MoEquity’s focus on individual schools, Congress should instead consider a district’s high-poverty schools as a collective group, rather than each school individually. That would avoid the outliers problem. Districts that were found to be regressive could work with their state education agency to devise a plan to address it over a short but reasonable period of time.

Above all else, any federal test should focus on dollars, not staffing levels or other line-item allocations. We warn federal lawmakers against prescribing how districts spend their money or how many people they employ in their schools. The combination of spending and staffing tests used under MoEquity will hamstring districts and potentially force them into staffing and hiring decisions that they won’t be able to afford when the federal money runs out in a few short years.

Without changes, the MoEquity guidance could cause an unnecessary upheaval in American public schools. It could lead to a widespread re-shuffling of spending and staff, with no guarantee that it would lead to more equitable resource allocations within districts. To the Department of Education’s credit, its latest Dear Colleague letter said it was, “eager to learn from the experiences and perspectives” of states, school districts, and other stakeholders, and that it, “plans to use the comments it receives to inform future guidance and potential rulemaking.” So they’re open to feedback on the MoEquity rules now and how those are playing out on the ground.

As districts start planning for their next budget season starting in November, we think the U.S. Department of Education would be wise to consider making its one-year moratorium permanent and to interpret the law as focusing exclusively on the places that are making real reductions to spending and staffing. The specifics of the MoEquity rules make more sense when applied to districts that are cutting their budgets, rather than all districts nationwide. That would provide more time and space to focus on the places truly at risk of making harmful and inequitable spending cuts.

The post Maintenance of Equity: A New Provision with Big Implications for District Budgeting appeared first on Education Next.