The Battle of the Classics: How a 19th Century Debate Can Save the Humanities Today
by Eric Adler
Oxford University Press, 2020, $35; 256 pages.

As reviewed by Matthew Levey

America’s educational and political dysfunction stems substantially from the outcome of a 100-year-old debate over what Harvard students should learn, according to Eric Adler, associate professor of the classics at the University of Maryland.

Adler’s hero is Irving Babbitt, a classics major, Harvard professor of comparative literature, and a humanist. “Humanists,” in Adler’s telling, “either believe their subjects can help shape students’ souls, or they are not humanists.” If we heeded Babbitt’s call to put the humanities at the core of the college experience, and avoided the tactical errors he made, Adler argues, our civilization might yet be saved.

Babbitt, a bright but impoverished Ohio native arrived in Cambridge in 1885 as an undergraduate just as Harvard President Charles Eliot, a chemist by training, was eliminating required classes and character grading. “In education, as elsewhere, it is the fittest that survives,” Eliot said. “The Classics, like other studies, must stand upon their own merits for it is not the proper business of universities to force subjects of study, or particular kinds of mental discipline upon unwilling generations.”

Prior to Eliot’s ascent, teaching young people right from wrong had been a primary concern of philosophers and teachers. But scholar-reformers like John Dewey, channeling Rousseau and Darwin, declared students were inherently good. Encouraged to follow their natural instincts, they would engage more effectively in their education. Ethics instruction was unnecessary; given freedom to choose, rather than dusty examples from ancient history, students’ natural self-control and self-reliance would blossom. Pedantic lecturing on truth, beauty and goodness was unnecessary.

Men have sent their sons to colleges to waste their energies upon obtaining a knowledge of such languages as Greek and Latin, which are of no more practical use to them than Choctaw… They have been crammed with the details of petty and insignificant skirmishes between savages, and taught to exalt a band of ruffians into heroes; and we have called them “educated.”

Despite the modern trends, Babbitt studied the classics, graduating magna. He aspired to teach at Harvard, but his “unfashionable views … and scholarly specialization ensured that he had a rockier career than he had hoped.” Adler suspects Babbitt’s professors recalled his “obstreperous undergraduate” days and “wanted nothing to do with him.”

But, in 1894, when a French instructor was abruptly fired for plagiarism, Babbitt returned to Cambridge, where he developed into a “popular and influential teacher” whose students included T.S. Eliot, Walter Lippmann, and a future Harvard president, Nathan Pusey.

Babbitt’s outlook was broad. “In accordance with what he took to be much classical, Christian, and Buddhist thought,” Adler writes, “Babbitt stressed the duality of human nature” – the tension between good and evil. His “New Humanism” acknowledged this friction and argued that by studying time-tested works students would develop self-control and a sound philosophy of life. 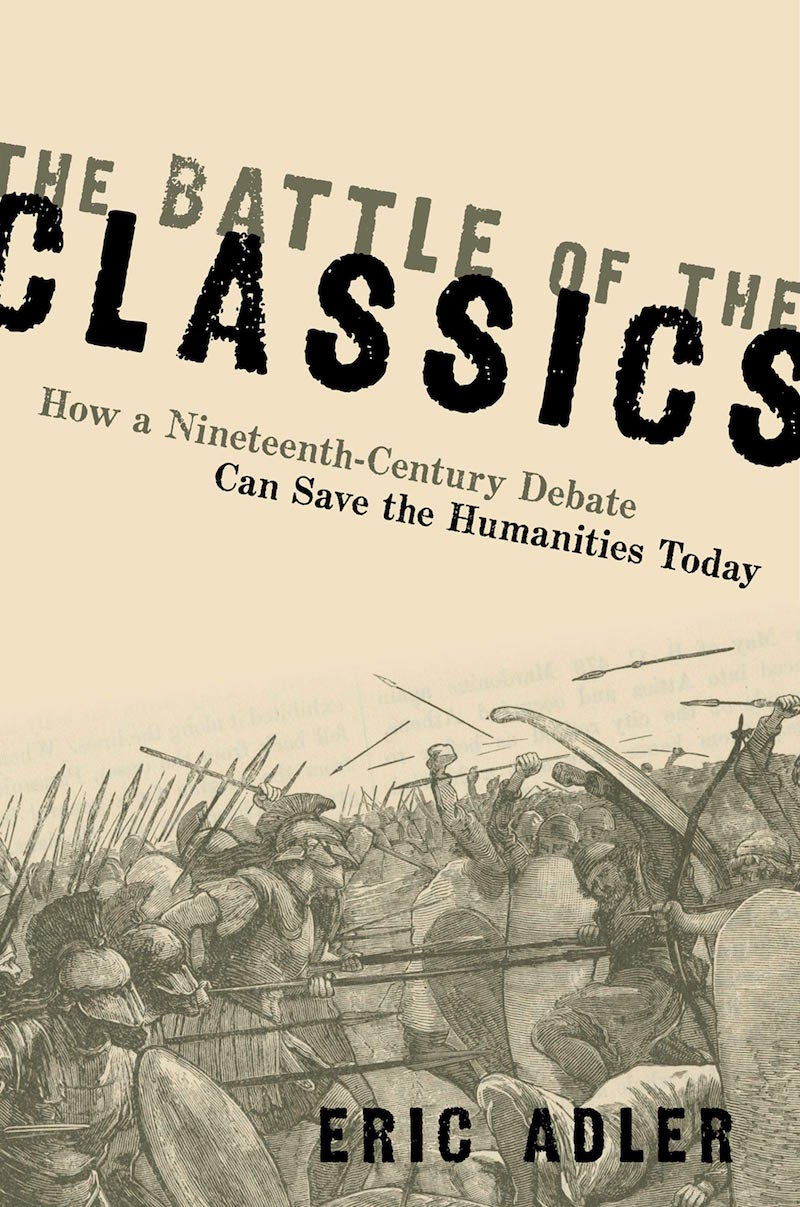 At the same time, Adler notes, Babbitt did not put “ancient authors on metaphorical pedestals, as purveyors of timeless wisdom whose ideas could not be improved upon.” As for practical skills, “a constant process of hard and clear thinking,” developed verbal dexterity and analytical chops. Babbitt’s “forceful personality and powerful opinions” earned him the sobriquet the “Warring Buddha of Harvard.”

In Rousseau and Romanticism (1919) Babbitt criticized scientific naturalism and sentimental humanitarianism as corrosive to ethical standards. Long before the impact of Hitler and Lenin was clear, he wrote “The man who does not rein in his will to power and is at the same time very active according to the natural law is in a fair way to become an efficient megalomanic.”

Because he “linked his philosophy to his political outlook, [Babbitt] open[ed] up his views to criticism and limit[ed] their appeal.” Adler says Babbitt was not a conservative, but his critics successfully painted him as one.

Adler makes Eliot out to be Babbitt’s nemesis, but the Harvard president correctly judged that science could better society. Work on atomic fission and radar at the University of Chicago, Harvard, and MIT helped ensured the Allies’ defeat of fascism in World War II, while Katalin Karikó’s dogged mRNA research at the University of Pennsylvania in the 1990s laid the foundation for Covid-19 vaccines.

Even in a world where science is ascendant, however, morality still plays an essential role, setting guardrails for the ethical use of technology and informing the causes for which weapons and medicines are used. Adler proposes that university leaders restore soul-crafting to its rightful place. College curriculum can and should support “the drive to improve the material conditions of the world and to improve one’s self.”

Adler insists that regardless of the demand, colleges must “encourage students to grapple with life’s animating questions,” and “use the classroom to focus on issues of importance to all people who aim to lead a serious life.” Such a turn toward the humanities is necessary to avoid “the abyss of tribalism and warmongering” in which we find ourselves.

Columbia requires classes, largely focused on the Western canon, for all undergraduates. The University of Chicago retains a core, albeit slightly vague, in the humanities and physical sciences. Even when not required, the ancients attract some students, especially when offered in the company of social science: Adler notes that a class about Plato and Psychology is one of Yale’s most popular courses and Donald Kagan’s Greek history classes were similarly popular prior to his 2013 retirement. More elite schools could follow Adler’s advice and oblige their undergraduates to take a core set of humanities classes. Students wouldn’t be asked to decline Latin nouns, but they would learn how Aristotle and Plato agreed (and differed). It could help today’s students better understand that theirs is not the first generation to grapple with questions of identity and inclusion, individualism and universality, or to strive for eudaimonia—a life of human flourishing—acquired through the struggle to be virtuous.

Matthew Levey founded the International Charter School in Brooklyn in 2014.

The post Victory in “Battle of Classics” Could Save Civilization, Book Says appeared first on Education Next.