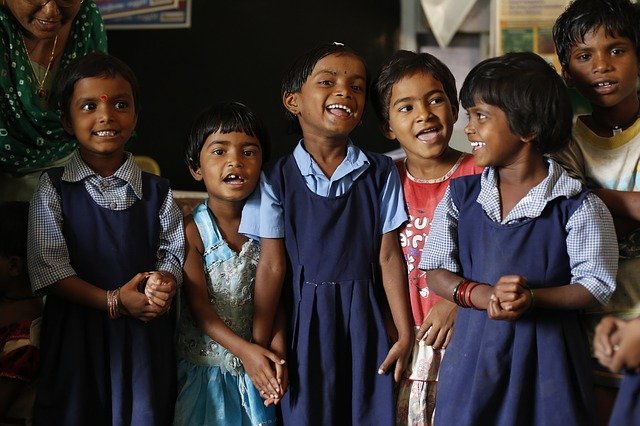 Confessions of a School Reformer, a new book by emeritus Stanford education professor Larry Cuban, still going strong at eighty-eight, combines personal memoir with a history and analysis of U.S. school reform efforts over the past century, seeking to show how his own life and career have been entangled with that history and the lessons he has drawn from that junction. It’s an ambitious undertaking that is ultimately illuminating and sobering.

The personal saga is interesting as far as it goes, not so much because Cuban held lots of high-wattage jobs—seven years as Arlington, Virginia, superintendent was the most powerful—but because his entanglement with ed-reform has spanned all three of what he depicts as its major eras, and his reflections on what they did and didn’t achieve are worth taking seriously.

The child of working-class Jewish immigrants from Czarist Russia, he attended public schools in Pittsburgh during the depression and World War II and was the first in his family to attend college. Throughout those formative years, he was surrounded by the progressivism—old-fashioned progressivism, not today’s version—that dominated American education at the time and that comprised the first of the three reform eras. Boyhood recollections include plenty of “hands-on, learning-by-doing” in classrooms, and his time at the University of Pittsburgh’s school of education included much Dewey, along with that influential thinker’s sublime confidence that education is a powerful engine for reforming society itself. Yet as Cuban reflects on his own education, he is powerfully struck—a key theme of this book—by how much more influential in one’s life are forces other than formal school and the extent to which schooling is itself shaped by the forces around it:

[T]he inescapable fact remains that over 80 percent of children’s and teenagers’ waking time is spent outside of school, in the family, the neighborhood, the company of friends, religious settings, and the workplace. Too often, I believe, formal schooling…is given far more weight than it deserves in assessing how children and teenagers become adults. Family, friends, and larger events go well beyond formal schooling in shaping character and behavior over a lifetime. Life educates.

Phase two, both for ed-reform and for Cuban, was the civil rights movement, which he associates with the 1950s through 1970s. It was then that he taught high school history in de facto segregated Cleveland and in a Washington, D.C., struggling with the challenges of ending de jure segregation. While in the nation’s capital, Cuban also stepped into roles as a master teacher, in the central office’s staff development office, and for a time, in the federal government’s Civil Rights Commission. Reflecting on those years, with what feels like a blend of honesty and sorrow, he recalls being:

[F]illed with a passion to teach history and help students find their niche in the world while working toward making a better society. That confident Deweyan belief in the power of schools (and yes, teachers, too) to reform society brought me to Washington, D.C., in 1963…. Looking back, I see far more clearly now…that national political, economic, and social occurrences (e.g., recession, war, presidential changes) rippled across districts and schools, further weakening my initial beliefs that better schools could make a better society. Instead, I learned that societal effects flowed over districts, schools, and classrooms. I had the causal direction wrong: Societal changes alter schools far more than schools remake society.

Cuban went on to the Arlington superintendency, which lasted until local political shifts turned out the liberal school-board majority that had employed him and replaced them with “a set of political conservatives whose appointments were aimed at a set of policies different from the ones that earlier boards and I had adopted.” County leaders now wanted a “low-profile, fiscally cautious superintendent” who would curb costs and not rock boats.

So Cuban and his family headed west, where he picked up a doctorate from Stanford, became friends with the distinguished education historian David Tyack, and embarked on a new life as university professor and prolific author. (Perhaps his best known book, coauthored with Tyack, was 1995’s Tinkering Toward Utopia: A Century of Public School Reform.)

By then, as Cuban sees it, America had emerged from its civil rights era and entered into the third phase of education reform, which envelopes us still. He sometimes calls it the “standards-based reform movement” and sometimes “systemic reform,” and (to my surprise) he includes school choice in its many flavors under that heading along with standards, testing, and school accountability. With the exception of vouchers, he writes, that mode of ed reform, “initially pushed by business leaders, was largely embraced by states and districts by the early 2000s,” then became “de facto national policy” with NCLB and ESSA, and “its life span as a reform movement now challenges the half-century reign of Progressive education.”

In Cuban’s view, this version of reform, like its predecessors, maintains the “over-confident expectation that formal education will transform society according to the reformers’ blueprint”:

Public confidence in what schools can do for both individuals and communities has grown in the past decade, even during the Covid-19 crisis. Such growing public confidence—an all-important political fact—reveals again a cast-iron faith in schools as escalators taking individuals to where they want to go and, of equal importance, as an avenue for renewing those American ideals found in the Declaration of Independence.

Yet Cuban no longer buys it. What he’s learned over a long, full career, both from the on-the-ground portions and from a considerable period in academe, “has blended into a mix of what schools can and cannot do in a decentralized national system of schooling driven by an abiding faith in schools as an all-purpose solvent for individual, institutional, and societal problems.”

The short version is that “schools, rather than altering a capitalist democratic society, reflect it.” He’s not saying they don’t matter. Kids learn lots under their roofs that they need to know by way of skills and knowledge. Incremental change in schooling remains possible and, Cuban believes, will continue. (He cites ongoing tech-driven innovations as examples.) But the basics haven’t changed much and aren’t likely to. “Progressives, civil rights reformers, and standards-based promoters have all left their thumbprints on public schools, yet, in the final analysis, these fervent reformers changed only surface features….” And with the core elements of schooling as we know it, also essentially unchanged, go the durable societal problems—inequality, mediocrity, etc.—that led to those reform movements in the first place.

This sober-verging-on-glum analysis cannot be termed encouraging, but it’s based on a great deal of experience, reflection, and hard-won wisdom. You may want to see for yourself.

The post A Century of School Reform, Through the Eyes of Larry Cuban appeared first on Education Next.