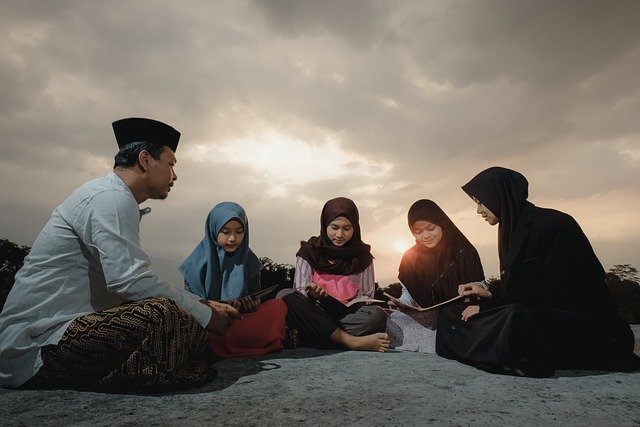 The media have been full of reports of college students, almost a million strong, who have gone missing during the pandemic. Virtually every article quotes experts expressing alarm and dismay.

“A sharp and persistent decline in the number of Americans going to college…could alter American society for the worse, even as economic rival nations such as China vastly increase university enrollment,” wrote Jon Marcus in the Washington Post.

“It is a crisis, and I don’t think it’s widely recognized yet that it is,” Jason Lane, dean of Miami University’s College of Education, told Marcus. “Society is going to be less healthy,” he continued. “It’s going to be less economically successful. It’s going to be harder to find folks to fill the jobs of the future, and there will be lower tax revenues because there won’t be as many people in high-paying jobs.”

Monty Sullivan, president of Louisiana’s community college system, piled on: “We have a million adults in this country that have stepped off the path to the middle class. That’s the real headline.”

But these sky-is-falling arguments, intuitive though they may be, are entirely too pessimistic. In fact, we should see these enrollment trends as encouraging, for three reasons. First, there’s a good chance that the young men and women making the decision not to go to college right now are doing what’s in their own best interest, rather than making a mistake they will come to regret. Second, these trends may indicate that America’s education culture is changing in positive ways—most notably, that the “college-for-all” fever is breaking. And third, if these trends continue, they will force the higher education establishment, and especially community colleges, to make long overdue changes that will benefit students and taxpayers alike.

Let’s start with the most important question, which is whether these young people’s decisions are smart or misguided. Yes, it’s true that college educated workers make more money on average than their degree-less peers. There are also many correlations between higher education and positive life outcomes, from higher marriage rates to lower divorce rates, better health, and so on.

But it’s essential to note that these benefits generally only accrue to people who complete degrees. We call it the “college wage premium,” but we should really call it the “college completion premium.” There doesn’t appear to be much of a “going to college but dropping out without a degree premium,” and that’s an incredibly important distinction.

Maybe it wouldn’t matter so much if most young people who went to college finished a degree. But in today’s America that’s not what’s happening. According to the National Student Clearinghouse Research Center, the six-year completion rate for any degree or certificate is currently 62.2 percent. That means that 37.8 percent of college students drop out with no credential to their name. Considering that, pre-pandemic, between 65 and 70 percent of high school graduates matriculated straight to college, that’s a lot of kids giving higher ed the old college try yet leaving with nothing but debt and regret. By my back-of-the-envelope calculations, it works out to about 900,000 young adults leaving college with no degree or certificate—each and every year.

And why is that? Overwhelmingly, the evidence indicates that most students fail to complete college because they were not prepared to succeed in the first place. They lacked the reading, writing, and/or math skills to do college-level academic work, and they probably struggled with other related skills and attributes, too, like knowing how to take notes or study for a test, or the perseverance required to read a book that frankly isn’t all that interesting.

To put it succinctly, many young people don’t do well in college because they aren’t very good students in an academic setting, they haven’t done very well in school, and they don’t like it all that much. Which may make us wonder why we encouraged them to go to college in the first place.

So here’s the question: are the nearly one million students who today are not enrolling in college the same million or so students that likely would not have completed a degree anyway? If so, we should be celebrating the fact that they are choosing to do something else with their time and money.

Especially in a hot labor market, choosing to work means they are contributing to our society and their families, and almost surely gaining real-world skills as well. After all, a classroom is not the only place to learn how to do new things. The workplace can be a great venue for “postsecondary education,” too.

No doubt, there may be some students opting out of college who would have done well there and may someday regret not getting a degree. But one good thing about the American education system is that it allows for second, third, and fourth chances. It’s never too late to head back to school, and individuals who are committed to education will surely find a way to make it happen.

Hence, the second positive development, which is our society’s attitudes toward college. In recent years, as American Compass has demonstrated, boosting college-going and college-completion rates has become something of an obsession among many within the education system and beyond. These impulses are understandable, given education’s potential to raise incomes and reduce inequality, and given our concerns about stagnating upward mobility. But there’s little doubt that it has gone too far. The message many Americans were receiving was that college was not just a ticket to the middle class, but the only ticket. And furthermore, they were told that the only people who deserve full respect in our society, economy, and democracy are those holding college degrees.

This was clearly one factor that contributed to the past decade’s populist backlash, culminating with the election of Donald Trump, a man who famously once declared his love for “the uneducated.”

Thankfully, and partly because of these events, even cultural elites have started to acknowledge that college is not the be-all and end-all and that we should celebrate the dignity of work, including work that does not require a fancy piece of paper.

If today’s young people are getting the message the college is just one option among many (and recent surveys indicate that they are), we should celebrate that. Perhaps this is one culture war with an end in sight.

Third, these trends might put pressure on the higher education system to change. No doubt the dramatic drop in enrollment is causing pain for institutions of higher education, especially community colleges, where most of the students have gone missing. But—frankly—these institutions had it coming. These are the very places that for years have gladly taken students’ tuition checks and Pell Grants, only to watch them fail courses and drift away. And the main reason is that they were admitting students who were not well prepared to succeed in the first place.

When for-profit colleges engaged in this type of behavior, folks on the left were outraged, calling for them to be shut down and dismembered. But because community colleges hide behind their so-called “open access mission,” everyone looks the other way.

Here’s hoping that, in the aftermath of the pandemic and its associated enrollment declines, community colleges might finally get honest with students about their chances of success, as well as the value that their training will add to career prospects.

Perhaps they will stop admitting students who lack basic reading, writing, and math skills, or who demonstrated in their high school years that they simply don’t like school and aren’t very good at it.

The next time you see a news story about the lamentable drop in college enrollment, don’t feel the need to reach for a box of Kleenex. The higher education industry might like to see some crocodile tears, but there are reasons to believe that, during a very dark time, these declining college enrollment trends might actually have a silver lining.

The post The Upside of the Downward Trend in College Enrollment appeared first on Education Next.