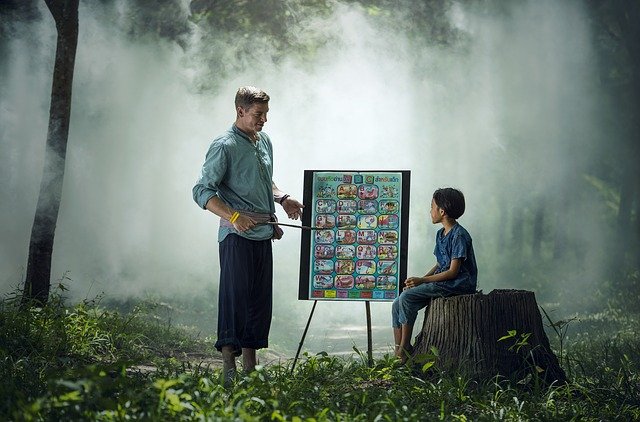 As reviewed by Frederick M. Hess

In The Real World of College, Wendy Fischman and Howard Gardner make the case that colleges should aim to deliver a rigorous liberal arts education and a transformative experience for students. It is a welcome argument at a time when colleges are struggling to adjust to a changing world and wrestling with concerns about cost and quality. There’s a crying need for serious examination of what really happens in college and what that means going forward.

The authors, both affiliated with the Harvard Graduate School of Education, raise important questions about academic culture and student engagement, stress, and well-being. The volume is chock full of revealing quotes about what’s on the minds of students, faculty, and other campus players. If the authors had made all that the primary focus of the book, they’d have performed a signal service.

Unfortunately, Fischman and Gardner aspire to something more sweeping and “scientific.” They want colleges to shrug off or deemphasize many existing activities—including athletics, extracurriculars, and some research centers—to embrace a more transformative academic vision. And they try to ground this counsel in a study that, however informative, can’t justify their normative claims. In the end, the research suffers for the attempt, and their argument emerges the poorer.

The shame of it is that the sheer effort on display is truly impressive. Backed by several major foundations, the authors and their team interviewed 2,000 people across 10 colleges between 2013 and 2018, recording 265,000 discrete responses and 11 million words. They painstakingly analyzed all this information and can report that the most common words in the interviews included “class,” “friends,” “health,” “help,” “time,” and “job”; that individual faculty members, parents, and alumni talked about college differently, while students talked about it in similar ways; and that students everywhere showed an “egocentric focus” in using “I” and “me” much more than “we” or “us.”

At the heart of the analysis lies Fischman and Gardner’s notion of “higher education capital,” or “HEDCAP” for short. Each student interviewee was given a HEDCAP score of 1 to 3 based on how robustly the researchers thought they responded to seven questions about college (regarding the importance of college, how they would change the academic program, and so forth) as well as a “holistic” analysis of their interview. The authors explain that HEDCAP “denotes the ability to attend, analyze, reflect, connect, and communicate on issues of importance and interest,” as determined by a one-hour interview about the individual’s college experience. In short, the measure of how well colleges are serving their purpose is how well students are judged to do when talking about college.

While the authors reference “HEDCAP” time and again, they acknowledge that readers may reasonably wonder whether what “we are seeking to capture” is “useful” in “the ‘real world.’” Their response isn’t especially reassuring: They assert their “firm belief” that HEDCAP is useful as a “promissory note” and move on.

The authors write that students and adults view college through four “mental models”: “inertial,” “transactional,” “exploratory,” and “transformational.” While these descriptors provide interesting ways to think about the college experience, it’s soon evident that the authors have much more in mind. Indeed, they eventually make it clear that the correct approach to “the college experience” is the “transformational” one in which students seek to “reflect about, and question, one’s own values and beliefs, with the expectation . . . that one may change in fundamental ways.”

While the authors report that they’d originally intended to focus intently on these “mental models,” the interviews they conducted taught them that “the biggest problems on campus are issues of mental health and belonging,” and they felt compelled to address these. As evidence of the crisis, they note that, when asked what kept them up at night, more than half of students talked about things like workload, time management, and pressure around success and performance—and this finding held across every kind of campus.

One student says, “I’m always worried I’m forgetting an assignment,” while another says, “I have a 4.0 GPA and I got a B-minus on my English paper. . . . Things like that keep me up.” There’s the first-year student who reports being kept up at night “dealing with tests, readings, and stuff. And sometimes you get pressure, if you’re studying very late at night, it’s even harder to fall asleep. . . . You’re anxious, you’re nervous.” While Fischman and Gardner regard these “anxiety-provoking conditions” as evidence of “pervasive problems of mental health,” readers may wonder whether such complaints are as novel or self-evidently worrisome as the authors suggest.

Indeed, the authors write, “The extreme skeptic might counter that these conditions always existed, but that students either denied them, coped with them when they arose, or outgrew them over time. But here we are not extremely skeptical. We believe that these trends and statistics are irrefutable.” The irony is that the book presents no trends at all, and the only statistics are those produced by analyzing the interview responses. This is a volume for those willing to treat the authors’ coded interviews as the last word on the student experience.

In summing up their analysis, Fischman and Gardner argue, “Our data show that students with exploratory and transformational mental models . . . are more likely to benefit from the overall college experience—as manifested by their demonstration of significantly higher scores of Higher Education Capital.” This is offered as an empirical truth, despite the dearth of evidence that the students in question have learned more, studied more, reflected more, enjoyed their time more, or done more to advance their post-college prospects. The authors’ conclusion that the students they judged exploratory or transformational “benefit” more from college is based solely on the fact that these students were more likely to talk about college in ways that the researchers scored with a 3 rather than a 1.

Instead of sharing description, informed opinion, and honest speculation, the scholars opt for a rickety but impressive-sounding construct that clothes their musings in the garb of science and certitude. In this way, a provocative examination becomes an exercise in pedantic authority.

The authors close with a bevy of suggestions for improving college, including better onboarding of students, reducing programmatic sprawl, improving mental-health offerings, adopting more-tailored mission statements, and emulating campus-specific programs the authors admire, such as the First-Year La Verne Experience or the Minnesota Innovative Scholars Program. The discussion is personal, and, for the most part, the authors abandon the pretense that they have actual evidence that any of this works. And you know what? The advice is often sensible and deserving of discussion.

The post A Research-Based Case For Transforming College appeared first on Education Next.