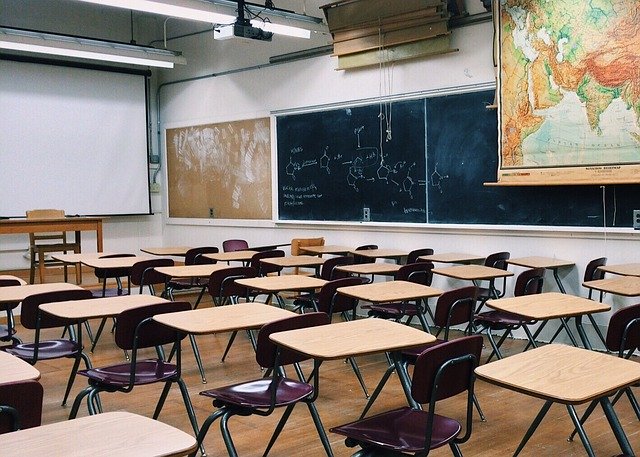 The economic toll of the Covid pandemic bodes poorly for teacher pension plan finances, which were already in bad shape prior to this new, uncertain recession. School districts’ pension costs—which have been rising rapidly since the turn of the century—will continue to bear down during these difficult times, requiring higher contributions to make up for investment losses even as budgets shrink.

To those who don’t follow this issue closely, the unfunded liabilities of many teacher plans may seem unbelievably large. In California, for example, the total unfunded liability going into the Covid crisis was already greater than the total amount of money spent on educating all of California’s public K–12 students annually. There are no quick or pleasant fixes for problems of this magnitude.

Given the size of the funding problem and the resource constraints facing many school districts, the poorest-funded teacher pensions might eventually be forced to seek a bailout from their state or the federal government. If bailouts were to be considered, we address the question of what should be required of plans in order to receive a bailout. Undergirding our recommendations is the common-sense idea that any financial assistance to teacher plans must be conditional on structural changes that would prevent similar pension funding problems from reoccurring in the future.

How Are Teacher-Pension Plans Funded, and Why Are Their Finances of Such Great Concern in the Face of a Recession?

Most public-school teachers and administrators are enrolled in state-level defined-benefit pension plans. These plans promise a guaranteed, formula-based “defined benefit” at retirement, which is in principle funded through contributions to the plan during educators’ careers. Contributions are made by a combination of teachers themselves, school districts, and sometimes by state governments directly.

Teacher plans are designed to be funded as benefits are earned—that is to say, if the actuarial assumptions hold, annual employer and teacher contributions should be enough to cover the new benefits earned in that year. For a host of reasons, this has not happened. For instance, in 2001, the typical teacher plan assumed an 8 percent future return on pension investments while the actual return has been closer to 6.5 percent. Compounded over nearly two decades, this overstatement of investment returns produces a large and costly funding gap. Likewise, governments sometimes don’t contribute the full amount they should, even under rosy assumptions about investment returns.

A recession reduces the value of a plan’s investment portfolio, but liabilities do not fall, because retiree benefits are guaranteed. Obviously, governments feel moral and political obligations to pay benefits. Moreover, even if a public sector pension becomes insolvent, the legal liability on the government to pay benefits remains. In most cases, pension benefits cannot be cut unless the sponsoring government goes bankrupt, and even then pension benefits tend to be treated preferentially relative to other obligations. The only way for a plan to make up for an investment loss and maintain the assets needed to pay promised benefits is to increase the contribution rate. But many governments were already stretching to meet their pension obligations before, and higher pension costs because of Covid-19 will coincide with recession-induced budget shortfalls.

Prudently managed plans that employ basic tools from financial economics—such as risk pricing—and are structured to prevent gaming would not be threatened by recessions because they would be prepared for market cycles. Canada’s Ontario Teachers Plan, for instance, assumes a much lower rate of return and remains nearly fully funded despite the Covid-19 downturn, even as the typical U.S. teacher plan is roughly one-third short of what it needs to pay full benefits.

Teacher plans (and other state and local government plans) in the United States are structured and managed such that the funding threat from a recession is severe. So severe, in fact, that the president of Illinois’ state senate has requested $10 billion from Congress to fund the state’s pensions, including the teacher plan.

What Can School Districts Expect?

School districts should expect their pension costs to rise, despite budget reductions as tax revenues shrink.

The one direct, immediate action districts can take to reduce their pension costs is to throw the baby out with the bathwater—i.e., they can lay off teachers. But even this is only a partial solution. Though layoffs stop the accrual of new liabilities, the unfunded liabilities must still be paid down. This is a significant problem: in many states, the majority of the employer contribution goes toward paying down unfunded liabilities, not funding current teachers’ newly accruing benefits.

In the face of significant budget challenges in the coming years, districts will need to cut programs and get creative to maintain services, but absent intervention, pension-contribution costs will afford no flexibility. Pensions will occupy their space in district budgets unyieldingly.

What Are Sensible Conditions for Pension Bailouts?

Setting aside illusory policy responses, such as pension holidays or issuing pension-obligation bonds, pension bailouts are the most credible path toward providing real relief.

One possibility is that states could bail out their own plans by absorbing teacher-pension debt into other parts of their budgets, which would relieve the education sector of these costs. But most state governments face cost problems in their own employee pensions already, and ultimately the same group of taxpayers must provide the funds.

The federal government could also provide bailouts to underfunded teacher plans by, for example, agreeing to cover pension contributions for a number of years. But what conditions should be required of the plans in return?

At its most basic level, the answer to this question is simple: a bailout must be contingent on changes to teacher plans to prevent the renewed accrual of unfunded pension debt.

One way to structure a federal bailout would be to permit teacher plans to agree to be regulated under the Employee Retirement Income Security Act of 1974 (ERISA) in exchange for financial relief. ERISA currently regulates private-industry plans and requires them to operate under more prudent funding rules than their public counterparts. Private plans assume a discount rate of around 3.4 percent, for example, compared to the 7 to 8 percent in contemporary teacher plans. And teacher plans, like other public plans, amortize their debt over decades—often 30 years—versus around seven years for a typical private plan. In other words, ERISA requires private plans to contribute more than public-sector pensions and to address underfunding much more rapidly. As a result, for each dollar of promised future benefits, private-sector pensions have set aside about twice as much money as public teacher plans.

These types of reforms will not be simple, pleasant, or without controversy. But given the large unfunded liabilities in teacher plans that have been allowed to grow over decades, including during periods of strong economic growth, states have run out of easy options.

Andrew G. Biggs is a resident scholar at the American Enterprise Institute. Cory Koedel is an associate professor of economics and public policy at the University of Missouri.